Of Beads and Trinkets 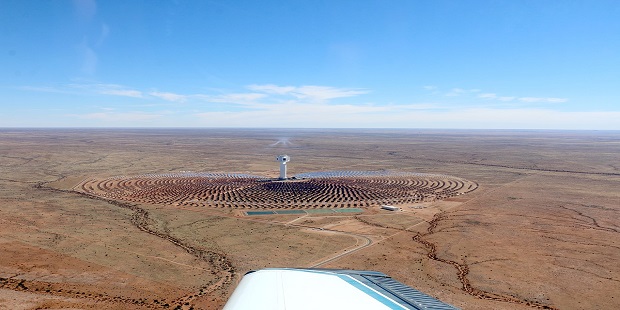 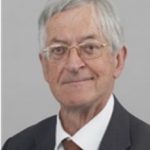 The agency predicts that one-in-two people added to the global population between now and 2040 will be African.

Nearly half of Africa’s 600Million people did not have access to electricity in 2018, while around 80% of sub-Sahara African companies suffered frequent disruptions leading to economic losses.

The Africa Scenario is a plea for full access to modern electricity by 2030, tripling the average number of people gaining access per year from around 20Million to over 60Million. Grid expansion and densification is the least cost option for nearly 45% of the currently deprived, mini-grids for 30%, and stand-alone systems for 25%.

LPG is used by more than half of those gaining access to clean cooking in urban areas in sub-Sahara Africa; in rural areas, home to the majority without access, improved cookstoves are by far the preferred solution.

Although the African economy will grow four-fold by 2040, energy efficiency can limit primary energy to just 50%. Current electricity demand in Africa is 700 terawatt-hours(TWh) with over North Africa and South Africa accounting for over 70% of the total. In the African Scenario, growth could reach 2300TWh, with much of the additional demand coming from middle and higher income households.

Tripling of the electricity demand requires building a more reliable power system and a greater focus on transmission and distribution to reduce power outages. Significant scale-up of investment in grids and generation is required given that Africa has 17% of the world’s population and just 4% of the global power supply.

Natural gas meets half of North Africa’s fuel requirements, but in sub-Sahara Africa only 5%. Gas will rise to 24% by 2040, mainly to power industry.

Green help from the oil majors?

Will the IOCs produce green energy in Africa? According to Toyin Akinosho, Publisher, African Oil and Gas Report, African oil and gas revenues are financing the energy transition in the rest of the world:  ” the oil majors are funding clean energy from the balance sheet of dirty oil.”

The company is stimulating new renewable energy on a global basis while dispatching oil and gas projects in Africa. The French major’s lead in taking on board renewables as part of its reserve count, would be expected to set a precedent for other renewable projects in Africa, thus helping the continent move forward with the Energy Transition. Unfortunately, this has not proven to be the case.

Around 30% of TOTALEnergies production is in Africa but less than 0.5% of its new energy investment will directly benefit the continent. Yet according to Akinosho, TOTALEnergies is the best African renewable energy investor out of the six majors which include:

ENI–launched with fanfare the installation of a 14KW solar system in a medical facility in Angola. In Egypt where ENI is a major player the company has not featured in the country’s relatively aggressive renewable energy plan.

BP–which has pumped over a billion barrels of oil in Angola in the last 20 years has excluded Africa from all of its renewable energy plans.

Equinor-which pumps 120,000 barrels of oil equivalent per day in Angola also has no plans for renewables.

Chevron’s focus is not so much about investing in stand alone renewable projects but increasing renewable power in support of its business to lower its carbon intensity.

Shell-will likely take out $7.5Billion out of Nigeria between 2021-2025. Shell has funded some offgrid projects through solar developers in Nigeria, which basically represents Shell’s footprint in Africa.

Jason Bordoff, Columbia Centre on Global Energy Policy, recently indicated that any shift away from the major oil producers could in the short term ..  “benefit the world’s leading petrostates, that would increase the share of global supply controlled by OPEC+ and increase the cartel’s control of world oil markets.”

According to Bordoff private equity companies are turning their attention to assets being aborted by the oil majors. Private equity now accounts for 10% of all North Sea production, up from virtually zero in 2014. Bordoff concludes that Chinese banks have also shown an ability to fill these investment slots.  Could Sub-Sahara Africa become part of this scenario?

A final part of the equation could well be Africa’s national power and transmission companies, normally seen as a distinct and separate category and not associated with the oil and gas industry. Their story has in many cases not been properly told. Yet in a period of great transition, we can anticipate movement from the power sector. 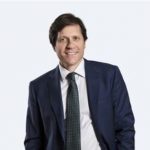 Antonio Cammisecra, CEO of Enel Green Power symbolizes Enel in Africa. “We’re Africa’s top privately-owned renewable energy operator. This is something we can definitely feel proud about but still, it’s a drop in the bucket if we consider the sheer size of Africa’s untapped potential and the huge amount of energy it needs.”

The company claims to be Africa’s largest independent renewable energy player in terms of MW installed. According to Enel’s 2019-2021 strategic plan the Enel Group is investing around €700 million in the continent, building 900 MW of wind and solar capacity.

In South Africa the company has 1.2 GW generating capacity scattered over 13 projects across the country.

In Ethiopia a 120 MW solar power plant has been installed in Metehara, Oromia Region.  All net electricity generated by the plant is delivered to the power grid. This project contributes to the achievement of Ethiopia’s electricity master plan for solar installation target of 300 MW by 2020.

In Morocco, Enel Green Power has led a consortium to complete the construction of the Midelt wind power plant, with a capacity of 210 MW. Morocco’s Integrated Wind Power Project will have a total capacity of 850 MW.

Morocco already produces some 3GW of renewable power and aims to increase its renewable production capacity to 52% by 2030. In 2008 the country imported almost 98% of its fuel, oil and gas, and therefore choose renewables to become more energy independent. 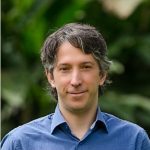 Gillian-Alexandre Huart, CEO of ENGIE Energy Access, is Engie’s man in Africa. The company’s Access to Energy business on the continent, is tasked with providing millions of households and businesses across the continent with clean and affordable energy.

Engie Africa counts nearly 4,000 employees, and has 3.15 GW of power generation capacity. The group has more than 50 years of experience on the African continent and has the unique ability to implement integrated solutions all along the energy value chain, from centralized electricity production to off-grid solutions (Solar Home Systems, mini-grids) and energy services.

Such services enable more than 1Million people to light and power their low-consumption household appliances or also to be equipped by solar powered water pumps, thereby significantly improving their crop yields.

The company plans an extensive expansion of its solar and wind activities throughout Africa in the coming years.

Recently IRENA (International Renewable Energy Agency) and AfDB (African Development Bank) have jointly announced support of low carbon projects to enhance the energy transition. IRENA in its Global Renewable Outlook states the sub-Sahara Africa could generate as much as 67% of its power from indigenous and clean renewable sources by 2030. In the energy transition this would increase welfare and stimulate the creation of up to 2Million green jobs by 2050.

Certainly public-private partnerships should be part of this mix. Governments to ensure a broad basis of support and energy companies who have the know-how and project management skills. A key bonus for oil/energy companies is knowing that renewables can be added to their reserve count.

Developing Africa’s Green Deal should be the key theme for a new partnership among oil and gas companies, national oil and gas companies and electrical and transmission companies. Such collaboration should work closely with The Clean Energy Corridor which aims to support integration of cost-effective renewable power options to national systems, promote its cross-border trade and support creation of regional markets for renewable energy.

Gerard Kreeft, MA (Carleton University, Ottawa, Ontario, Canada) Energy Transition Advisor, has more than 30 years’ experience in the energy sector. He was the founder of EnergyWise.  He has managed and implemented oil and gas conferences in Alaska, Angola, Brazil, Canada, Kazakhstan, Libya and Russia. He is a Canadian/Dutch citizen. He writes on a regular basis for Africa Oil +Gas Report