How OPEC+ Cuts Have Sliced Deep into Nigerian Crude Output 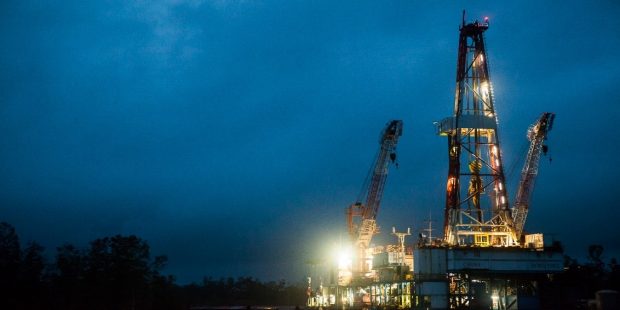 The COVID-19 pandemic roiled global markets for most of 2020, and kept down demand for crude oil in the earlier part of the year, nudging the price per barrel of the commodity to as low as $-37.63 on April 20th, 2020, (West Texas Intermediate, an international oil benchmark), for the first time in history.

As the demand collapse held up, the Organisation of Petroleum Exporting Countries (OPEC) and its allies, OPEC+, an intergovernmental cartel, reached an agreement on the 9th of April, 2020, to reduce their crude oil production output in order to rebalance the international oil market. This was the beginning of a journey to periodic cuts of crude oil by member states of OPEC and its allies.

OPEC is on familiar grounds whenever it takes a decision to modify crude oil production output. According to a Reuters report, the cartel has changed production output 34 times – often exempting some of its member countries from these cuts – from 1998 to 2018.

But this particular cut which started in May 2020 was referred to as the “single largest output cut in history.” With this cut, the oil production in OPEC member countries sank to the lowest in almost 20 years, in the first month of the curtailment.

Prior to this agreement, there had been a price war between Russia and Saudi Arabia which instigated a major oil price crashing the global market. Nigeria, Africa’s giant, being a member country of OPEC, joined in the production cuts.

In fulfilment of the OPEC+ decision, Nigeria agreed to cut its production to 1.412MMBOPD for May to June 2020, 1.495MMBOPD for July to December 2020 and 1.579MMBOPD for January 2021 to April 2022, based on the reference production of October 2018 of 1.829MMBOPD. These production cuts exclude condensate production which is exempt from OPEC’s output cuts.

These periodical cuts have proven to be an effective mechanism for cushioning the oil glut that pervaded the international oil market in the early months of 2020.

Oil prices may have increased with the OPEC+ cuts, which is an advantage for oil revenue generation in terms of FX, but “the rising oil prices could also be a curse for Nigeria as it has to pay more because of an operating cost of about $40,” notes Bamidele Samuel, a senior research analyst with one of the big four accounting firms in Lagos.

Nigeria started on a discordant note, in the first month of the curtailment, by complying only partially with its agreed portion of the cut. The country overproduced crude oil in May 2020, with about 1.61MMBOPD, accounting for about 52% compliance.

However, Nigeria promised to make up for the non-compliance by the end of June 2020 or no later than mid-July 2020.

As OPEC+ alliance extended the 9.7Million barrels oil production cut – which was supposed to end in June 2020 – into July 2020 to further rebalance the oil market, again, Nigeria overproduced oil at 1. 49MMBOPD, against its promised 1.41MMBOPD production for July, according to OPEC monthly oil market report.

In the following months until the end of the year, OPEC recorded that Nigeria was mostly compliant with its designated quota of crude oil production.

On one hand, Nigeria promised to make up for the OPEC cuts loopholes with condensates, which is not part of the OPEC+ curtailment. Timipre Sylva Minister of State, Petroleum, reiterated that through the respective periods of the OPEC+ cuts, Nigeria would add “condensate production of between 360-460 KBOPD.”

In November 2020, Nigeria urged OPEC to reconsider the oil production cuts designated to Nigeria due to the confusion over the categorisation of Agbami field as condensate or as crude oil.

However, OPEC declined Nigeria’s request with a comment that the production cuts was in the best interest of the international oil market.

With these cuts and other production challenges, Nigeria’s overall oil and condensate production slumped drastically in 2020 to around 1.66MMBOPD in 2020 from 2.04MMBOPD in 2019, according to an S&P Platts analysis, a UK-based market intelligence firm. This was its lowest annual output figure since 2016 when militancy in the Niger Delta pushed output to as low as 1.60MMBOPD.

Mr. Bamidele Samuel regards the operating cost to the upstream sector – which is around $40 – as a major shortfall for oil exploration and production in Nigeria.

In December 2020, the OPEC+ alliance agreed to increase production by 500,000BOPD, from January 2021. This brought the total production cut for OPEC+ in January to 7.2MMBOPD. This production cut decreased gradually to 7.13MMBOPD in February and 7.05MMBOPD in March 2021 through April 2021. Saudi Arabia, OPEC kingpin, stepped in with a voluntary cut of 1MMBOPD from February 2021 till April 2021.

Some analysts believe that the OPEC+ cuts would continue to go down the slope until April 2022 as the world recovers from coronavirus and the oil glut that accompanied it.

“The fact that Nigeria cannot do as much as an average capacity of 1.9MMBOPD is a challenge, especially with oil prices trading above $70 per barrels,” Bamidele Samuel argues.

“If we are producing more, that is more revenue for the government to stimulate the economy on the part of recovery,” he added.