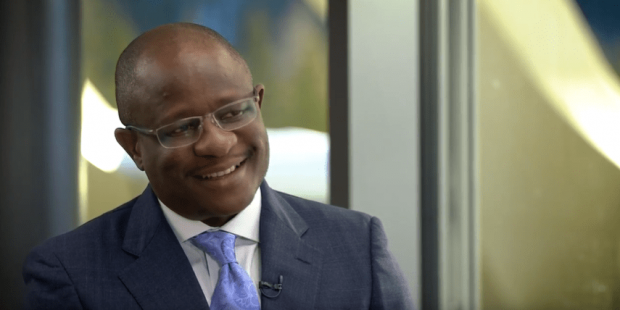 Lekoil Nigeria, has reacted to the termination of Lekan Akinyanmi’s contract as Chief Executive of Lekoil Limited, the AIM listed company which is actually Lekoil Cayman.

It says that the decision, announced June 3, 2021, is the culmination of the efforts of the consortium led by Metallon Corporation to take control of Lekoil Cayman as foreshadowed in the circular to shareholders of Lekoil Cayman dated 11 December 2020.

Lekoil Cayman had said that the sack of Lekan Akinyanmi, with immediate effect, was due to a corporate governance breach. “The Company will commence a search for a new CEO and, in the interim period, Anthony Hawkins will act as interim Executive Chairman of the Company”.

But Lekoil Nigeria Limited declares, in a counter release: ”Mr. (Lekan)Akinyanmi remains on the Board of Lekoil Nigeria Limited and also its Chief Executive Officer. Mr. Akinyanmi created and executed the vision of an independent indigenous Nigerian energy company that is Lekoil, for this generation and in this emerging market and he has always worked with the best interest of Lekoil shareholders in mind”. It then says that “Lekoil Nigeria remains committed to the vision of developing Nigeria’s energy sector’.

Does it look complicated?

Lekoil Cayman is the investment vehicle which raises money on the Alternative Investment Market (AIM) of the London Stock Exchange, for the property acquired by Lekoil Nigeria. Lekoil Nigeria owns the assets, the more substantial of which are, 40% of the Otakikpo Field onshore (producing roughly 5,500 Barrels of Oi Per Day gross) and 17% equity in the undeveloped Ogo field, in shallow to deep water Benin Basin offshore Lagos. The estimated reserves, unproven is stated as in excess of 500 Million Barrels of Oil Equivalent.  Lekoil Cayman has 10% of Lekoil Nigeria in equity, but may have up to 90% of the economic interest. This part is not clear.

Back to the issue at hand.

Lekoil Cayman’s notice of termination had added that Anthony Hawkins became interim non-executive chair only in April 2021, after Michael Ajukwu resigned, after having been in the chair since January 2021.

But Lekoil Nigeria’s response argues that “recent additions to the board of Lekoil Cayman by Metallon Corporation and its collaborators should have been vetted (as is the practice of LekoilCayman) and due diligenced as required by the AIM Rules and as would be normal for listed companies”.

It notes that “seasoned oil sector executives such as George Maxwell, and former directors with deep knowledge of the continent, such as Mark Simmonds, have resigned and been replaced with directors lacking industry expertise, knowledge of the continent, impartiality and objectivity and appointed to secure for Metallon Corporation and its collaborators, the full takeover of Lekoil Cayman”.

Conclusion, for now, by Lekoil Nigeria: “While we take legal counsel regarding this decision by Lekoil Cayman, we wish to assure our numerous stakeholders, especially the Nigerian people that the strategic national assets under our purview will be protected by all legitimate means available to us”

Conclusion, for now,  by Lekoil Cayman: “Lekoil is the lender under a loan agreement with Mr. Akinyanmi, of which outstanding balance, as of May 31 2021, was approximately $1.5Million. The company will commence proceedings to recover the Loan”.