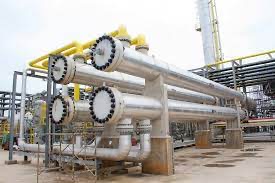 By John Ankromah, in Tema

Tullow Oil has announced that its oilfield production performance in Ghana “continues to be supported by reliable gas offtake from the Government of Ghana”.

That offtake, from Jubilee field and the TEN cluster of fields, “is regularly averaging between 110 – 130MMscf/d”, the company says in its latest operational statement.

This is a far more upbeat news about gas production than Tullow has had in the last two years.

It suggests that the Ghanaian economy is absorbing an increasing volume of natural gas.  In late 2019, Tullow had lamented that “Gas export from both fields has been limited in 2019 due to low demand from the Ghana National Petroleum Company (GNPC)”, which is the offtaker.

“Discussions on increasing gas offtake are ongoing with GNPC with an increase anticipated towards end of 2019. Sustaining increased levels of gas offtake will reduce the amount of gas being reinjected into the fields, improving oil production over time”, the operator explained.

The gas that Tullow supplies to the Ghanaian government is delivered unprocessed from the two FPSOs (Kwame Krumah for Jubilee and John Atta Mills for TEN) through 12-inchpipelines to the Ghana National Gas Corporation (GNGC) controlled Atuabo plant, which has a processing capacity of 150MMscf/d. Processed gas is evacuated from Atuabo plant through a 20-inch 111km pipeline to (primarily) Volta River Authority’s Thermal Power Stations.