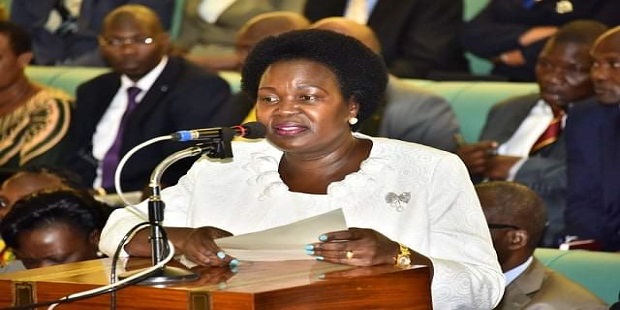 President Yoweri Museveni of Uganda has appointed Ruth Nankabirwa Ssentamu, former Chief Whip in the government, as the new Minister for Energy and Mineral Development, a powerful position which includes oversight of power supply and exploration and production of petroleum resources.

With a new cabinet in place after a bitterly fought election, the Ugandan government can proceed to consider the one major item on the table: the Final Investment Decision for the Lake Albert development project, the Ugandan basin wide crude oil development, which has been on course for 15 years.

Nankabirwa, 55, is a career politician who has been in government since 1998. She replaces Irene Muloni, the Ugandan engineer who had headed the Energy and Mineral Development Ministry for 10 years since 2011, and saw much of the challenging twists and turns of the Lake Albert development, all through to April 2021, when the partners TOTALEnergies, CNOOC, and the Tanzanian and Ugandan governments, concluded the final agreements required to launch this major project.

The discovery of oil, via the drilling of Mputa 1 onshore Uganda, was made in 2006, a year before the well that led to Ghana’s first oil in 2010 was drilled. But the tyranny of geology (landlocked, waxy crude, over a thousand kilometres from the coast), and one of the industry’s most arduous regulatory processes (the Ugandan bureaucracy), stalled the development.

A graduate of Fine Art (Bachelor’s degree) and Conflict Studies (Master’s), from Makerere University, Nankabirwa started her political work in 1994, when she served as a delegate to the Constituent Assembly.

In 1996, Ruth Nankabirwa was elected to serve as the member of parliament for Woman Delegate for Kiboga District. From 1998 through 2001, she served as Minister of State for the Lowero Triangle in the Office of the Prime Minister. Between 2001 and 2009, she served as State Minister for Defence. The Energy Minister’s j position, then, is her first as a senior Minister.