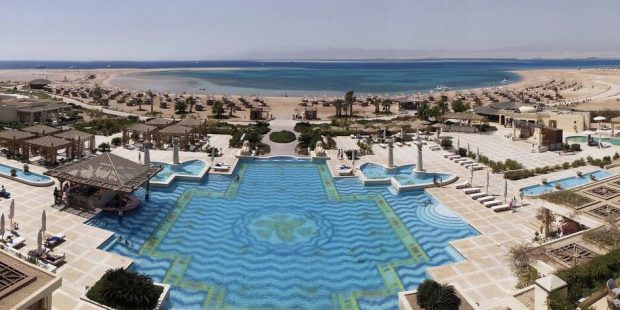 The management of Soma Bay, a holiday Resort on the Red Sea in Egypt, has inked a set of agreements with TAQA Power to install solar photovoltaic (PV) facility on the resort.

The first part is a PPA (Power Purchase Agreement); stipulating TAQA Power to invest in building and operating a PV station with the capacity of 3.8 MW, over the course of a 9-month period, and on the land owned by Somabay.

Subsequently, TAQA Power is entitled to a concession management agreement of the solar power station for 30 years. The second part of the agreement is an EPC Contract “Engineering, procurement, and construction”; where in  TAQAPower is to design, deliver and install another PV station, with a 1.2 MW capacity, and then transfer its management to Abu Soma Touristic Development (ASDC). The total contracted capacity of both stations is up to 5 MW.”

Somabay is one of Red Sea’s most prominent coastal destinationand one of Africa’s most sought-after tourist sites. The 10 million square metre peninsula south of Hurghada, which harbors an exquisite recreational sandy beach along its 11KM coastline, says a statement on the website of Abu Soma Touristic Development, which manages the bay. “Our primary objective is to generate the power required using solar energy to reduce electricity and water desalination cost, thereby closing the gap between our consumption and distribution demands.”