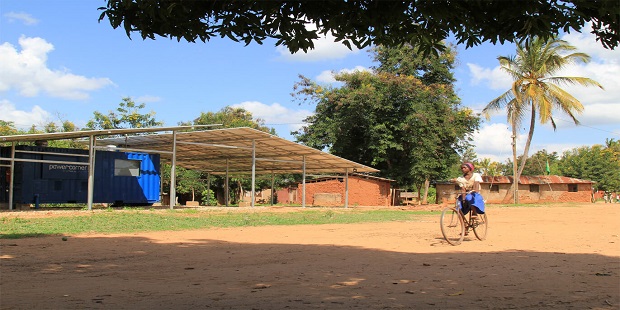 ENGIE is projecting portfolio investment budget of about $100Million in Nigeria’s solar Mini-grid sector between now and the year 2025.

The company, one of the ten leading renewable energy developers in Africa, has created a subsidiary to capture the solar home system and mini-grid market in Nigeria and Ghana, two countries where grid-scale solar and wind opportunities are not on the radar of governments, but which have sizeable markets to take advantage of off grid services.

The new subsidiary integrates a company formerly known as Fenix International, a widely known participant in Nigeria’s pay-as-you-go (PAYGo) solar industry, as well as ENGIE Mobisol, a solar home systems company and ENGIE PowerCorner a mini-grids provider, under one entity and one name – ENGIE Energy Access.

ENGIE Energy Access Nigeria says it plans a phased deployment of Mini Grid power stations across underserved rural communities around the country, adding that the company is currently operating in eleven states of the federation and has completed a Mini Grid plant in Niger state, right in the geographical centre of the country. ENGIE anticipates spending between $120,000 to $500,000, on each of the planned 300 grid assets to be completed by 2025 in Nigeria. That number is 30% of the planned target of 1,000 plants across Africa.

ENGIE, credited with construction and operation of Africa’s largest wind farm to date: the 300MW Tarfaya Wind Farm in Morocco, was formed in 2008 through the merger of Gaz de France and Suez. It is thus a large, independent electricity producer while Fenix International started operations in Nigeria back in 2018 as part of ENGIE’s ambition to expand its footprint in Africa.

ENGIE Energy Access Nigeria says it is in a unique position as the only energy player offering end to end off-grid energy solutions with both solar home systems and mini-grids under one roof. “As Fenix International, we only offered solar home systems, and with ENGIE Energy Access we are now able to offer both solar home systems and mini-grid solutions to our customers. Our decentralized solutions cover the full spectrum of energy needs from basic lighting and phone charging (with our basic kit selling for $108 (or ₦44,500) and can be paid off in 20 months) to more advances systems for households all the way to powering productive use equipment to promote entrepreneurship and boost economic activity in rural communities across Nigeria.