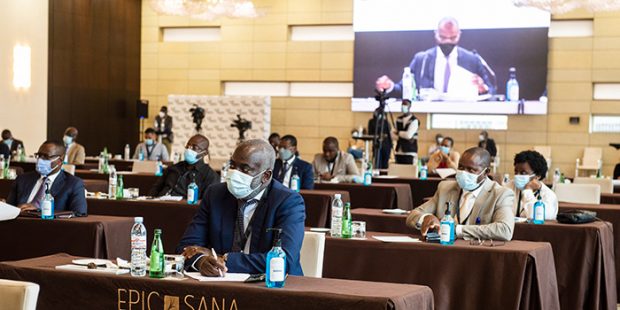 Final official results are expected to be announced on August 25th, 2021.

A total of 16 companies, of which 13 are Angolan and three foreign, submitted 45 investment proposals for the exploration of oil blocks in the Lower Congo and the Kwanza basins, as part of Angola’s 2020 bidding process.

The tenders expressed a total proposed investment sum of over $1Billion, the National Oil, Gas, and Biofuel’s Agency (ANPG)says.

Nine onshore oil and gas blocks are on offer in the round.

“The ANPG, backed by promising data about its onshore acreage, is seeking to replicate past success borne by Angola’s prolific offshore fields. The onshore sedimentary basins on offer, – namely, the Lower Congo and Kwanza – have long been home to world-class hydrocarbon discoveries”, the regulator claims in a release.

“From the initial data at our disposal, we believe strongly in the potential of the nine blocks on offer. We look forward to finding the right partners for exploring them at the end of this process. It is our fervent hope that these blocks will play an important role in increasing Angola’s oil output in the future,” says Natacha Massano, ANPG’s Executive Director and board member in charge of negotiations.

Early onshore exploration activities in Angola have led to the discovery of approximately 13 commercial-sized oil fields and one natural gas field, with reserves ranging in size between 5 and 40Million barrels of oil.

This tender is only yet another licensing round in line with Presidential Decree 52/19, which foresees yearly bid rounds until 2025. Now, all proposals will be scrutinized by ANPG’s technical teams. Final official results are expected to be announced on August 25th, 2021.