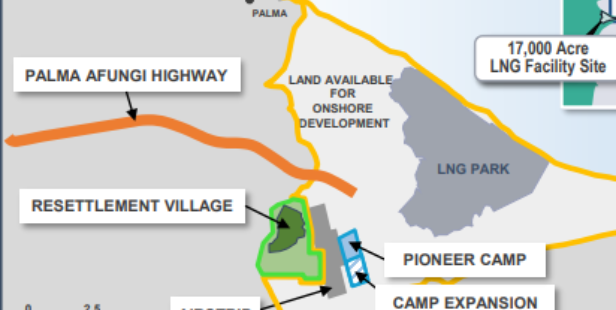 Jaime Neto, Mozambique’s minister of National Defence, says that everything is ready to receive the troops of the Southern African Development Commission (SADC), who are expected in the country to help fight terrorism in the gas rich province of Cabo Delgado.

Islamic insurgents have killed hundreds of people and turned thousands to refugees in the towns and villages located in the province and close to the Afungi Peninsula, where the TOTALEnergies operated 13 Million Metric Tonnes Per Annum Liquefied Natural Gas project is sited.

In late March 2021, just when TOTALEnergies’ workers returned to site in Afungi to continue construction, Islamic insurgents made their most sweeping attack on the neighbouring Palma town.

“They want to intimidate us”, President Filipe Nyusi, Moazmbique’s head of state, and government said in a speech two weeks after the incident, declaring war. “Following the attack on the town of Palma, the situation in Cabo Delgado has received a lot of national and international attention. All of this attention is legitimate,” the President said. “This town and the adjacent Afungi peninsula are close to the natural gas deposits. It is in this region where the foundations for the exploitation of this resource so important to our economy are being laid. The town serves as the basis for construction works and provides logistical support for works underway in Afungi. So it is that Palma has, in recent years, experienced a rapid evolution in terms of infrastructure, including hotels, banks, and service providers. The Afungi peninsula is also the locus of various other constructions, such as camps and residential areas with access roads and its own aerodrome.”

TOTALEnergies pulled out its workers after that attack and Mozambique has since been looking for a way to permanently root out renewed attacks. Part of the effort was to call on member countries of the Southern African Development Commission (SADC) to provide military assistance.

Mr. Neto, the Defence minister, denies information about the postponement of the arrival of the regional force, due to alleged procedural issues on the part of Mozambique.

“There are already officials in Mozambique who are dealing with the arrival of this SADC intervention force”, the minister explains.

The journal Club of Mozambique quotes Neto as saying that there is no reason, from Mozambique’s point of view not to have the military intervention. “We are prepared”.