In Search of the (Last) Silver Lining 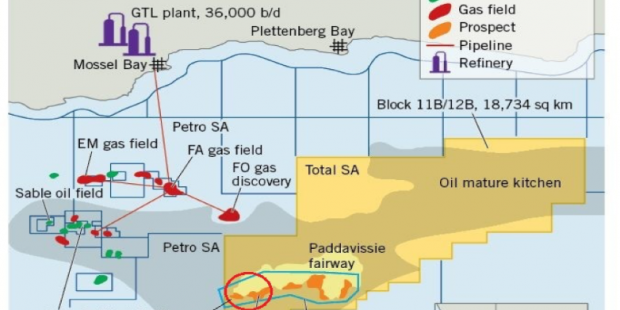 Rystad Energy has recently published two findings which cannot be reassuring to the oil and gas sector: firstly, it estimates that global total recoverable oil reserves have fallen approximately 10% in 2021- 1,725Billion barrels in 2021 compared to 1,903Billion in 2020.

Secondly, Rystad estimates that the downturn, combined with the COVID-19 pandemic has cost the sector some $285Billionin upstream investments for 2020 and 2021. Pre-pandemic spending in 2019 was approximately $530Billion. In 2020 spending was reduced to  $382Billion and in 2021 is expected to be $390Billion. 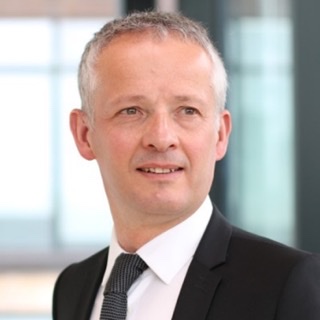 He states that almost half of oil and gas reserves being sanctioned for development over the next 5 years will come from the deepwater. Why? According to Woodmac, the outperformance is based on reservoir fundamentals. Deepwater reservoirs will produce substantially more oil and gas than shallow or onshore reservoirs. EUR(Estimated Ultimate Recovery) in deepwater averages 12MMBOEPD for oil wells and 43MMBOEPD for gas wells. Future deepwater oil fields will enjoy twice the average EUR of fields already onstream. Reflecting the industry’s recent successes in Guyana and Brazil’s Santos.

Brazil with 36Billion barrels of oil reserves has an average EUR of 14MMBOEPD per well. Brazil’s early deepwater developments took place in the post-salt plays of Campos Basin where heavier crudes and drilling technologies of the 1980s limited average EUR to 8MMBOEPD per well. Recent investments in pre-salt in the Santos Basin is 27MMBOEPDper well.

Angola has 11Billion barrels of oil reserves, 1000 wells, and an average of 10MMBOEPD.

Nigeria has 7Billion barrels of oil reserves and an average EUR of 16MMBOEPD.

Guyana has 6Billion barrels of reserves and an average EUR of 24MMBOEPD.

Gas basins are approximately half the size of oil basins. Woodmac anticipates the development of approximately 1000 deepwater gas wells, of which 700(64%) have already been developed. The average EUR is 43MMBOEPD. Mozambique’s Rovuma will have an average EUR of 93MMBOEPD.

Up to 2009, the average EUR was 31MMBOEPD. Now the average has jumped to 90MMBOEPD based on gas discoveries in the eastern Mediterranean, Mozambique, and Mauritania, and Senegal.

EUR averages could also dramatically rise because of possible merger talks between BP and ENI regarding their Angolan assets Will this model become the standard for other African countries?

An Algerian variant is perhaps already in the making. Reuters reported that a potential deal would allow ENI to acquire BP’s 45.89% stake in the Amenas natural gas plant and a 33% stake in the Salah gas plant. ENI expects to transform Algeria into a hub with the acquisition of BP’s assets.

Egypt could prove to be more challenging for both companies to find a lasting solution either to work together or a possible takeover of assets. BP currently produces, with its partners, close to 60% of Egypt’s gas production through the joint ventures the Pharaonic Petroleum Company (PhPC) and Petrobel (IEOC JV) in the East Nile Delta as well as through BP’s operated West Nile Delta fields.

Nonetheless, ENI claims to be Egypt’s largest oil and producer, and its huge Zohr gas field is viewed as an example of the company’s extensive assets in the country. Most recently ENI together with EEHC (Egyptian Electricity Holding Company) and EGAS (Egyptian Natural Gas Holding Company) has signed an agreement to assess the technical and commercial feasibility of producing hydrogen.

Talk of potentially moving in the direction of hydrogen development could well trigger further cooperation between BP and ENI.

EUR averages have certainly caught the eye of TOTALEnergies who, with its deepwater track record in Angola Block 17, will certainly play a key role in developing new deepwater projects.

R The French major has two key assets in South Africa in which EUR will certainly play a key role:   Brulpadda Deepwater Project drilled to a final dep of more than 3,600 metres, and Luiperd, the second discovery in the Paddavissie Fairway in the southwest corner of the block.

In Africa, TOTALEnergies is the undisputed energy champion helping to leapfrog exploration and development hurdles ensuring that oil and gas projects are implemented, on time, and under budget.

Conclusions 1. EUR in Africa is not for the faint-of-heart, but a domain already long carved out by TOTALEnergies and ENI, Africa’s two dominant deepwater players. 2. A key theme in pursuing EUR goals for TOTALEnergies is not whether the oil and gas reserves are ‘probable’, reflecting any notion that the SPE Petroleum  Classification is still in place. No the key driver for TOTALEnergies is simply the economics of deciding whether EUR projects are up to investment grade and can compete with green projects.3. Any notion that the oil majors will use their EUR profits generated in Africa to create green projects in Africa is pure sentimentality. As Africa Oil+Gas Report has reported in the past, the oil majors have used profits generated in Africa to help finance their global green energy projects elsewhere around the globe.4. If EUR projects are to be developed, they must be fast-tracked, otherwise, there is little chance they will see first oil. Take the Lake Albert development project, recently signed in the spring of 2021, which encompasses the Tilenga and Kingfisher upstream oil projects in Uganda and the construction of the East African Crude Oil Pipeline (EACOP) in Uganda and Tanzania. To reach a signing ceremony for the project has taken some 15 years. In the present low-carbon environment, the dithering of long-drawn-out development plans, will for whatever reason, not be tolerated.  5. No doubt the BP-ENI joint venture in Angola will ensure that this model will be duplicated or expanded throughout the continent. Certainly, it will shore up deepwater exploration and development plans. 6. Participation of new entrants- independents seeking new opportunities or savy investors-will likely also be part of the mix.7. Perhaps EUR could become the driving force to enable the deepwater market to become an even more lucrative niche market. Perhaps not entirely in vogue given the low-carbon surroundings.8. Yet the final warning comes from Institute for Energy Economics and Financial Analysis (IEEFA)’s July report: “In financial year (FY) 2020, the clean energy sector received record investment commitments totaling $501Billion – 9% more than the previous year. The renewable energy segment led with $303Billion in 2020, which is 60% of total investment committed into the overall low carbon energy transition sector.”9. EUR-driven projects will have to compete with renewables investments.

Gerard Kreeft, BA (Calvin University, Grand Rapids, USA) and MA (Carleton University, Ottawa, Canada), Energy Transition Adviser, was the founder and owner of EnergyWise.  He has managed and implemented energy conferences, seminars, and university master classes in Alaska, Angola, Brazil, Canada, India, Libya, Kazakhstan, Russia, and throughout Europe.  Kreeft has Dutch and Canadian citizenship and resides in the Netherlands.  He writes on a regular basis for Africa Oil + Gas Report and contributes to the Institute of Energy Economics and Financial Analysis(IEEFA).