PIB: Why the Frontier Exploration Fund Feels Like Slush Money 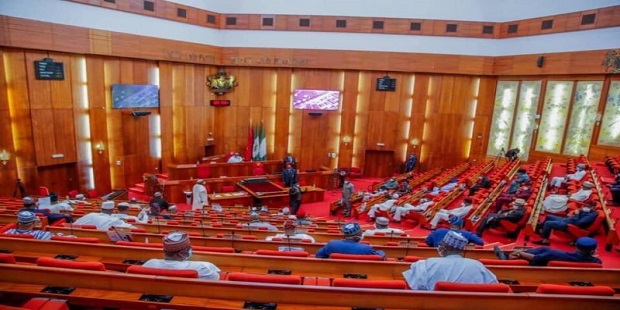 The current version of the Petroleum Industry Bill is one of the most progressive pieces of legislation I have seen anywhere.

In the new law, the Nigerian state is willing to accept as low as 60% for both Hydrocarbon Tax and Companies Income Tax (CIT) combined (which collectively replace the Petroleum Profit Tax), for mining leases located onshore and shallow water. With these generous giveaways, the Bill’s drafters are hoping that companies can invest more on work programmes that reward the country with higher volumes of hydrocarbon output at lower cost of production, rather than surrendering to temptation to pad up OPEX and CAPEX in order to reduce their tax remittances.

A Midstream infrastructure Fund is set up to incentivize private investment in pipelines, gas processing plants and other such facility that help deliver processed hydrocarbon products to end users in the Nigerian market.

The Minister has a better handle of the petroleum industry than what he was allowed in the draft that emerged, after the long collective wait, last September, but as is the plan, he doesn’t have an undue control.

There is vigorous contestation of the percentage of Oil Companies’ Operating Expenses (OPEX), mandated by the new law for payment into the Host Community Trust Fund on any acreage under licence, but the deal in the PIB is a much more improved and structured community development intervention than the NDDC or the Derivation. The Host Community initiative in this law is more of a legal instrument than the Global Memorandum of Understanding, a participatory development planning process initiated by oil companies and which is, today, widely considered the most impactful process for delivering development. We have had a discussion of the value of the mandated size of OPEX, elsewhere on this site.

There are areas of the bill that I am not entirely comfortable with but I can let them all pass, except the Frontier Exploration Fund.

The more we at Africa Oil+Gas Report examine the clause on the Frontier Exploration Fund in the current draft of the PIB, the less we are convinced that it is altruistically about exploration.

In the draft of the bill that was sent to the National Assembly in late 2020, the oversight for Frontier Exploration, which has been in the orbit of NNPC for 33 years, was handed over to the regulator. In the wordings of that particular version: “Where data acquired and interpreted under a Petroleum Exploration Licence is, in the judgment of the Commission, requires testing and drilling of identifiable prospects and leads, and no commercial entity has publicly expressed an intention of testing or drilling such prospects, the Commission may engage the services of a competent person to drill or test such prospect and leads on a service fee basis”. That simply means that the regulator could put up a bid and any E&P company could contest for testing such a prospect for a fee. But how would the regulator find money to pay the fee? The answer is ‘The Frontier Exploration Fund’, the draft law said, which “shall be 10% of rents on petroleum prospecting licences and petroleum mining leases”.

This was already clearly provocative: to set aside 10% of rents on petroleum prospecting licences and petroleum mining leases for frontier exploration was already heavily contested.

So, it was more than rubbing salt into injury when, after all the public hearings, with heavy criticism about allotting high percentage of rents to a potentially unaccountable queue of drilling prospects, the draft that emerged, now calls for even more money being effectively taken out of the treasury, to fund frontier exploration. Over and above the 10% of rents on petroleum prospecting licences and petroleum mining leases, says the current draft of the bill, the Fund shall also swallow “30% of NNPC Limited’s profit oil and profit gas as in the production sharing, profit sharing and Risk service contracts”. NNPC Limited shall transfer the 30% of profit oil and profit gas to the frontier exploration fund escrow account dedicated for the development of frontier acreages only.

Governors, both Southern and Northern, missed the point that this 30% of PSC profit is a further robbery of the Federation account in favour of NNPC for a service that is already well catered for. Instead, they turned the discussion into a political, North/South affair, with the South accusing the North and the North defending what is actually a loss of revenue to them! It says a lot about how little those who queue up every month for Federal allocation understand how the money they are sharing is derived.

That particular statement plays to the ideological mindset of the present administration at the centre; that ”the government will do things better than the private sector”(fund the country’s entire electricity bill, subsidise gasoline consumption and be the chronically inefficient nanny). Still, the self-evident truth is that when it comes to basic E&P operations, the NNPC has proven to be incapable of delivering. As have been convincingly argued elsewhere on this site, the least productive assets in the portfolio of NPDC, the NNPC’s E&P subsidiary, are those in which it is the sole stakeholder. This heightens my suspicion of this idea in the PIB, of cancelling the competition in favour of NNPC to probe prospective acreages.

I am not one of those who compare Frontier areas to sinkholes. No. I spent 20 years as an earth scientist with Chevron and went to several conferences at which many professional colleagues made presentations on the prospectivity of sedimentary basins in Ghana, Mozambique, Uganda and the like.  And yet it wasn’t until the last of my 20 years (2007)   that Kosmos reported the first sizeable commercial discovery of oil in Ghana. And the first of the reservoirs containing  100Trillion cubic feet (estimated recoverable reserves) offshore Mozambique), wasn’t discovered until three years later.

But it is to the marketing savvy of the hydrocarbon officials from these countries that we owe those discoveries, not the state’s readiness to throw money down the hole. They showed up gabfest after gabfest, making the case for investors to come.

It is neither fashionable, professional nor sensible for governments around the world to risk hard earned profits on exploration efforts, let alone frontier Basins!! The practice (and wisdom) is to create a system to make that happen by private funds. Nigeria did something like that in 1993 which led to Shell’s gas discovery in Kolmani-1 well in Bauchi area.

With the section on Frontier Exploration in the PIB the way it is, it is hard to assume that it is not a route for slush funds that can escape legislative scrutiny and financial regulatory oversight.