EDF Completes a 35MW Wind Power Facility in the Ciskei 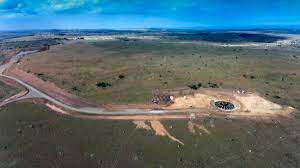 This is the last step before the commercial operation of the facility, located near the city of Hamburg in the Eastern Cape Province.

The new power plant has a capacity of 34.5 MW and consists of ten V126 wind turbines supplied, and installed by Vestas Wind Systems, a Danish company.

EDF Renewables was awarded the concession in the 4th bidding round of the Renewable Energy Independent Power Producer Procurement of South Africa (REIPPP) in 2016.