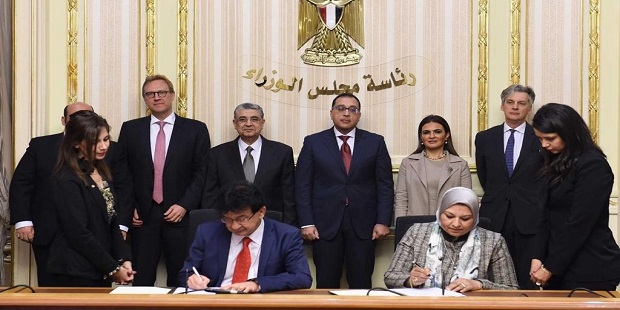 20 wind turbines will be connected in this phase of the project, a joint venture between the British investment fund Actis and Mainstream Renewable Power, located 30 km from the town of Ras Ghareb in the Gulf of Suez.

The remaining 76 turbines will be delivered before the end of 2021 by Siemens Gamesa Renewable Energy, which has secured the contract to build the farm from its owner Lekela,

West Bakr Wind Farm is a Build, Own and Operate (BOO) concession, one of the first projects entirely funded by the private sector in Egypt’s Renewable Energy plan, which seeks to reach around 4,500MW capacity by 2023.

The facility’s output will be fed into the Egyptian Electricity Transmission Company (EETC) grid under a power purchase agreement (PPA), over a 20-year period. “West Bakr will be able to power 350,000 Egyptian homes while avoiding the emission of 550,000 tonnes of CO2 equivalent per year”. according to Lekela.

Lekela, based in Amsterdam, is owned by Acts and it is one of the busiest Independent Power Producers operating in Africa. It developed Taiba N’Diaye, the 158MW Wind Farm in Senegal; delivered the 140MW Loeriesfontein 2 in the Hantam Municipality in South Africa’s Northern Cape and commissioned the 80MW Noupoort Wind Farm as well as the Khobab Wind Farm in the same country.