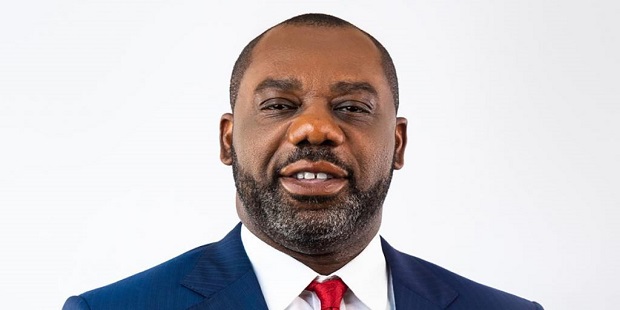 A fierce debate has erupted in Accra, capital of Ghana, following the announcement that the state hydrocarbon company was considering paying $965Million to purchase equity in two deepwater blocks from two European firms perceived, by some, to have ‘captured’ the country’s regulatory apparatus.

GNPC will acquire directly and indirectly 37% of the Aker Energy stake in the DWT/CTP block and 70% of the AGM stake in the SDWT block.

The transaction calls for GNPC Explorco, the operating arm of the GNPC, to inherit pre acquisition development cost amounting to S$965Million as at 30th June 2021 as a tax advantage (Capital Allowances), the company said in a presentation to the country’s cabinet.

GNPC says it has analyzed the Transaction and has concluded that it “offers an opportunity for GNPC to acquire operatorship capacity to enable it play a major role as an Exploration and Production company.

“It will enable GNPC and Ghana to, not only face the emerging Energy Transition in a well-prepared manner, but also create significant value for Ghana”, the state firm declares.

But a concert of civil society groups, numbering 15, and including such highly influential ones as Africa Centre for Energy Policy (ACEP), IMANI Centre for Policy and Education and Natural Resource Governance Institute (NRGI), collectively disagree with the terms of the transition and the very basis of the initiative.

Their concerns  highlight a kind of dejavu. In 2019, the Ghanaian parliament, at the request of the executive, which itself was pressured by Aker/AGM, made extensive amendments to Ghana’s (Exploration and production) Act, 2016 (Act 919) and its regulations “to allow companies to hold on to contract areas at the Energy Minister’s discretion rather than automatically relinquishing part of exploration blocks as practiced before the entrance of Aker”, the group notes. The CSOs remind the public that in the 2019 event, “two Petroleum agreements were amended for Aker to limit the regulatory powers of the Petroleum Commission (PC) on the activities of the company and the participation of GNPC Explorco on the SDWT block was significantly reduced, with all such amendments captured in the law and regulations in the agreements”.

Tackling the numbers in the transaction specifically, the CSOs declare:

“Aker claims it has invested about $800Million so far on the blocks in a document submitted to Parliament. While GNPC claims it has verified the expenditures, it still appears inflated if juxtaposed against the amount of work done by Aker and the value of its acquisition three years ago. Aker acquired Hess’s interest in the DWT/CTP for $100Million in 2018. Before selling its interest to Aker, Hess had appraised the field with estimated recoverable oil of 450Million barrels. In total, Hess drilled 12 wells (seven exploratory wells and five appraisals well). With that amount of work done, the highest valuation Hess got was about $400Million in 2016 when it farmed out 40 percent to Lukoil and FuelTrade for the entire field. Akers claim it has spent about $420Million on five wells drilled on the two blocks.

In another document presented to the country’s Economic Management Team (EMT), the $420Million relates only to the three wells on DWT/CTP. Given that the DWT/CTP cost is shared among the partners of the block the total expenditure claims for the wells could be in the region of $600 or $750Million compared with $400Million by Hess for 12 wells, depending on which of the documents used. This is very high regardless of which of the information is used”.

The group then asks: Is it worthwhile, realistic—or even advisable—for GNPC to pay so much

public money for the chance to become an “operator”?

It answers its own question. “GNPC is attempting to convince Parliament that it will learn to become a world-class upstream operator through this acquisition. However, the structure

of the transaction only makes GNPC Explorco a relatively passive “joint operator”, with limited opportunity to learn by doing.

“The proposals we have seen don’t accurately detail how Aker would transfer the needed skills,

knowledge or technology into Ghanaian hands. Instead, it proposes setting up a Special Purpose Vehicle (SPV), which Aker will control with 60 percent interest, and GNPC Explorco will have 40 per cent. This structure cannot make GNPC the operator it wants to become as the SPV is not the same as Explorcoin the Petroleum Agreement (PA)”

« Sonangol Extends Deadline for Farm Down Bid Process
OML 11: Shell Appeals, Will Fight Up to the Nigerian Supreme Court »