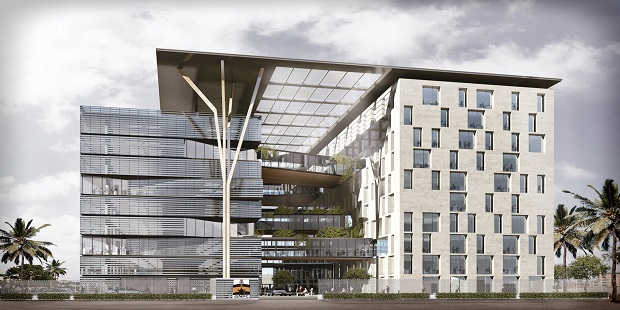 Ghana National Petroleum Corporation (GNPC) says that the country’s Auditor General was wrong to have accused it of breaching Public Procurement Law pertaining to Parliamentary approvals for international business transactions.

The corporation says that the cited law strictly relates to “Government” business and not generally to statutory corporations set up for commercial purposes.

“The Ghana National Petroleum Corporation Act (PNDCL 64) establishes GNPC as a distinct legal entity and, as such, it is not legally considered to be part of Government”, GNPC declares.

The contracts, as well as the manner with which they were procured, are listed as follows:

4 Procurement of a contractor to acquire and process 2D Seismic Data over the Voltarian Basin for GNPC 15/04/2015 Messrs. BGP-Bay Geophysical Limited $33,989,096.00. Restrictive Tendering.

“This practice has the tendency of not allowing the intentions of the promulgators of the law (1992 Constitution) inure to the benefit of the State”, the Auditor-General had admonished. “It also denies the Lawmakers the opportunity to make inputs towards such transactions.

“The absence of above could plunge GNPC into paying for higher contract sums and possible judgment debts. Report of the Auditor-General on the Public Accounts of Ghana – Public Boards, Corporations and Other Statutory Institutions for the year ended 31 December 2020 142”, the Auditor-General observed. “We recommended that Management of GNPC should be sanctioned in accordance with Section 92 of the Public Procurement Act 2003, (Act 663) as amended for breaching the Public Procurement Law”.

The Auditor-General’s Office however noted that GNPC Management explained that “the products involved in the transactions in question were all proprietary products that needed to be procured from the Original Equipment Manufacturer (OEM)”.

The GNPC Management also stated, according to the Auditor-General, that it sought and obtained the approval of the Public Procurement Authority (PPA) for those transactions and that the items involved were captured in the approved annual budget of the corporation which was approved by Parliament, as well as its approved procurement plans for the respective periods”. But the Auditor-General’s report insisted that the “ said budgets were not made available for our review, more so, from our audit point of view, Parliamentary approval of the Corporation’s budget does not imply approval for international business contracts since the budget does not indicate the procurement method to use neither does it indicate the vendors to deal with”.

It, therefore “reiterated its audit recommendation”, that GNPC be sanctioned.

« NNPC Says it Made a Profit, a First, in 44 Years
NIGERIA: The Big Asset Sale Season »