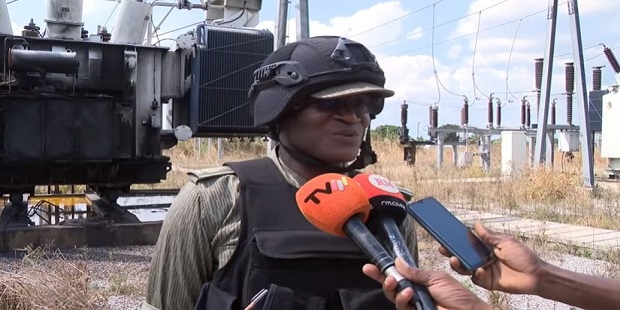 …But Mocímboa da Praia has changed hands more than once…

Mozambican authorities are claiming to have “conquered” a key stronghold of Al Shabab, the Islamic insurgent group whose activities have forced a hold up of Africa’s largest single gas project.

The Portuguese news agency, LUSA, citing several Mozambican official sources but not naming any, reports that a joint operation by Mozambican and Rwandan forces resulted in the occupation of the main positions of armed groups around the town of Mocímboa da Praia, the insurgents’ “headquarters”, located in the province of Cabo Delgado, in the north of the country.

“The joint force occupied the positions of the insurgents in Awasse and Diaca, in Mocímboa da Praia, having seized various war material from the rebels and killed several members of the armed groups”, LUSA reports, citing “sources, linked to the Ministry of Defence of Mozambique”.

LUSA reports that “after the joint force operations, Bernardino Rafael, General Commander of the Police of the Republic of Mozambique, visited the locality of Awasse, where he assured that the intention is to remain in the occupied points”.

Islamic insurgents have killed hundreds of people and turned thousands to refugees in  towns and villages located in the Cabo Delgado province and close to the Afungi Peninsula, where the TOTALEnergies operated 13 Million Metric Tonnes Per Annum Liquefied Natural Gas project is sited.

In late March 2021, the insurgents made their most sweeping attack on the neighbouring  Palma town, just when TOTALEnergies’ workers returned to site in Afungi to continue construction.

“They want to intimidate us”, President Filipe Nyusi, Moazmbique’s head of state and government said a in a speech two weeks after the incident, declaring war. “Following the attack on the town of Palma, the situation in Cabo Delgado has received a lot of national and international attention. All of this attention is legitimate,” the President said. “This town and the adjacent Afungi peninsula are close to the natural gas deposits. It is in this region where the foundations for the exploitation of this resource so important to our economy are being laid”.

General Rafael told the media:“The tendency is to improve even more in those points where the Defence and Security Forces, together with the Rwandan forces, are conquering”. He said that “the terrorists vandalised several infrastructure Bernardino Rafael told the media, with an emphasis on the electricity grid”.

The coastal town of Mocímboa da Praia, located 70 kilometres south of the gas project site, had been invaded and occupied for a day by insurgents on March 23 2020, and was the theatre of clashes between Mozambican troops and the Jihadists several times over and over up until December 2020, when the insurgents firmly held it, only to be repulsed again by government forces.

But the offensive from the state is different this time, aided, as it is, by the battle hardened, thousand strong Rwandan soldiers and police officers, fighting since the beginning of July 2021. The East African warriors, who are fighting under the auspices of a bilateral agreement between the Maputo and the Kigali, are expected to be soon joined by troops  from the Southern African Development Community (SADC), consisting of contingents from South Africa, Namibia, Botswana, Angola and Malawi, under a mandate from a “joint force on alert” approved on June 23, at an extraordinary summit of the organization in Maputo.