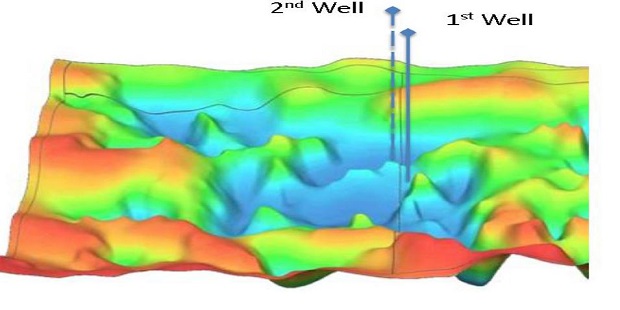 Canadian explorer Reconnaissance Energy Africa Ltd. (ReconAfrica) has provided, for the first time, the result of preliminary petrophysical analysis of the first well drilled (the 6-2 well) in the vast, pristine Kavango basin, straddling Namibia and Botswana.

What’s clear is that throughout the report, as well as ReconAfrica’s interpretation of it, there is no mention of the term: “Commercial Discovery”.

The company reiterates the claim that the 6-2 well established a working hydrocarbon basin in this unexplored basin, of which it has a licence to 8.5Million acres, in the two countries, but commercial oil discovery is still a stretch.

“This is an important first step as the information from our first two wells, combined with the seismic data, will enable ReconAfrica and its independent engineering, geological and geophysical consultant, NSAI, to prepare a new resource report of the potential of the Kavango Basin acreage and determine the optimal locations of the next tranche of exploration drilling”.

Some highlight of the report:

The NSAI petrophysical study, the first in the Kavango basin, has identified five potential conventional reservoir zones in the 6-2 well, of which three are clastic zones (sandstone) and two are carbonate zones (limestone, dolomite) based on the first set of core analysis and mineralogical data from Core Lab. This study, which brings together wireline log data, core data, and sample and hydrocarbon show data from the 6-2 well, confirms 198 metres (650 feet) of net reservoir over five separate intervals. The NSAI presentation can be found here www.reconafrica.com/operations/academic-reports/ReconAfrica-Namibia-Petrophysical-Study-083121.pdf

ReconAfrica CEO Scot Evans states, “Oil and gas data previously released confirms an active petroleum system. Now, the NSAI reservoir study confirms at least five good quality conventional reservoir targets and top seal to pursue throughout the basin. The seismic data currently being acquired will determine hydrocarbon traps, size, and geometry (full closure around a reservoir) which will consolidate all the data to identify potential commercial fields for the next round of exploration drilling.”

According to Nick Steinsberger, the Company’s Senior Vice President Drilling & Completions, “The NSAI study complements the sample logs and geochemical data by demonstrating the presence of reservoir quality rocks in the first stratigraphic test well in Namibia. The oil and gas shows that were reported from the logs at the well site are from reservoir quality rock intervals. The first carbonate reservoir zone, for example, contains core with 17% porosity, several millidarcy permeability (reservoir quality permeability) and some fracture porosity. Porosity reflects the storage capacity of a reservoir rock whereas permeability describes the ability to flow through the rock. The goals of ReconAfrica’s stratigraphic tests have been achieved with remarkable success in an unexplored basin and enable the initiation of the next phase of petroleum exploration efforts in the Kavango basin.”

The seismic field acquisition is progressing well with acquisition of approximately 30% of the 450 km programme now completed with good initial data quality. The program is on schedule for completion of acquisition and interpretation by the end of October 2021. The 2D seismic provides the basis for the important second phase of drilling into seismically defined structures or traps, which is expected to begin before year end.

Once the results of the vertical seismic profile and 2D seismic data on the 6-2 well are complete, the company will make a decision on production testing.

In addition to the four solar powered community water wells currently in operation, ReconAfrica, working with local and state water authorities, has permitted another 20 community water wells. The Company has now hired two Namibian contractors, Aqua Drilling to conduct drilling operations and Leben Technical Services to install all solar powered equipment. It is expected both contractors will commence operations in early September on the first 8 of 20 wells where four wells are scheduled to be drilled in Kavango East and four wells in Kavango West.

ReconAfrica continues its commitment to local hiring with over 300 Namibian residents now employed, has a strong commitment to gender diversity and continues to increase the number of women hired locally.

« In Ivory Coast, ENI Announces a Potential Discovery of Up to 2Billion Barrels in Place
Rig Count Unchanged in Nigeria, Month on Month, in September 2021 »