Angolan Bid Round: In Search of El Dorado 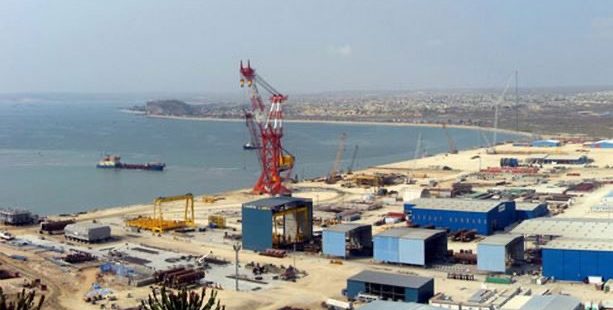 At first glance, it indicates a positive response to help kickstart an oil economy.

Angola’s National Oil, Gas, and Biofuels Agency (ANPG) stated that the bid round was designated to attract foreign companies not normally present in-country and Angolan companies to boost the national potential both in terms of business and workforce.

What can onshore developments offer?

It is assumed that the offshore rich oil source rocks also extend into the onshore.  But onshore, there has been more tectonics in the onshore area resulting in intense faulting and folding which will make the oil or gas fields to be found there smaller than the offshore. But the onshore economics will be better than offshore, so small discoveries could be economical, i.e., trucking the oil to the refinery in Luanda or building a jetty at Port Amboim and then exporting the oil overseas.

Is it fair to assume that the onshore companies who have been granted concessions will usher in a new generation of oil and gas independents, much like Nigeria 20 years ago? Perhaps, but times have changed. In the past, it was commonplace for smaller independents to explore and then cash out to the majors. Now the majors are cashing out. Do these new independents have a Plan B?

Who are the new players?

MTI Energy, a Canadian company was successful in becoming an operator in four blocks, including KON 5, the most sought-after tract due to its history of oil production. It partnered with Sonangol P&P, Grupo Simples, and Monka Oil on the acreage, which hosts two producing fields — Quenguela South and Mulenvas South.

It is puzzling how MTI Energy could obtain operatorship of four blocks. On the company website, MTI Energy states it “has developed proprietary systems to accelerate the development of oilfields at marginal cost”. Yet there is scant evidence that MTI Energy is an energy company with a history of working as an operator of oil and gas production. Rather a service provider with a host of related service companies and no Angolan experience whatsoever.

Somoil, Grupo Simples, Alfort Petroleum, and Angola Integrated Services, all domestic players, also landed operatorships. Not surprising many of the successful companies had also bid for the same acreage in an aborted licensing round in 2015.

Somoil is the only one among the winners, who operates an acreage with crude oil output to its credit.

Missing from the list of participating companies is ACREP which has to date participated in 17 exploration and development wells, costing $150Million, and been part of the discovery of seven fields, one of which is in production.

The cost of becoming an operator should not be ignored. The terms of reference demand a five-year work programme, including the drilling of one exploration well, the necessary seismic campaigns, and social projects. The average cost per concession could well be $5Million+.  Are these companies prepared to finance such campaigns? Or will they be looking for farm-ins from ENI and TOTALEnergies, the two dominant oil majors in Angola?

1. Angola is struggling with the twin folly of COVID-19 and its economic crisis and at the same time trying to ensure that its oil and gas sector can be utilized to the fullest extent possible.

2. Will onshore developments help to slow down oil and gas production decline?

3. Will the companies participating in this onshore bid round be the new independents much like the creation of independents in Nigeria a generation earlier?

4. The IOCs are consolidating, reducing, or abandoning their upstream assets in Angola and Africa. Will this be an impediment to their participation in any future farm-ins for onshore developments?

Gerard Kreeft, BA (Calvin University, Grand Rapids, USA) and MA (Carleton University, Ottawa, Canada), Energy Transition Adviser, was the founder and owner of EnergyWise. He has managed and implemented energy conferences, seminars, and university master classes in Alaska, Angola, Brazil, Canada, India, Libya, Kazakhstan, Russia, and throughout Europe. Kreeft has Dutch and Canadian citizenship and resides in the Netherlands. He writes on a regular basis for Africa Oil + Gas Report and contributes to the Institute of Energy Economics and Financial Analysis(IEEFA). His book entitled The 10 Commandments of the Energy Transition, is scheduled for publication in early 2022.

« Cheiron, Cairn Energy Finally Get Hold of Shell’s Western Desert Assets in Egypt
Sonangol Commences Due Diligence on 35 Proposals for its Divestment from Eight Blocks »