Gambia Opens Mini-Licensing Round for Block A1 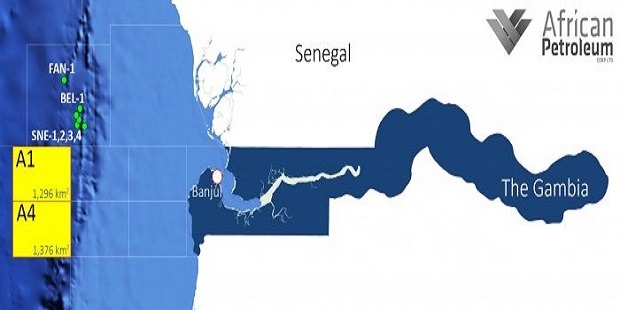 The Ministry of Petroleum and Energy, The Gambia, has announced that it will be opening a mini-licensing round for Block A1 at Africa Oil Week on 8 November 2021.

Granted initially to BP in 2019, Block A1 became available in August 2021 after the company exited the site. This is part of BP’s company strategy to pivot from producing resources to integrating energy.

BP said that returning the license had “nothing to do with the geology and prospectivity or the support from the Gambian government”. That statement doesn’t say much in terms of valuation of the asset. BP did perform the required work obligations, including acquiring and reprocessing two m dimensional (2D) and three dimensional (3D) seismic data, conducting environmental impact assessment, geohazard, geology and geophysical studies that matured prospects into drill-readiness.

The Government of The Gambia is working with legal, technical and financial advisors to assist them in designing the licensing round’s commercial and fiscal framework that considers the current market environment and creates value for the people of The Gambia.

The 2021 licensing round, The Gambian authorities say, will be based on the same principles of transparency and legitimacy established in the 2018 licensing round. But, to expedite the exploration started by BP, the Ministry has expressed an interest in closing the licensing round as soon as possible. Details of the structure and timelines will be provided during the Africa Oil Week and related publications.

“Following our previous success in implementing the 2018 licensing round, we believe that launching a mini-licensing round for A1 will ensure the greatest transparency, legitimacy and competition. The multi-disciplined government team that was involved in the first licensing round will also be involved in this licensing round and has built up huge capacity over the last few years working closely alongside BP and our legal, technical and financial advisors,” says Jerreh Barrow, Commissioner for Petroleum, The Gambia.

“Our key objective in designing the licensing round is to ensure an attractive fiscal regime with low entry conditions for bidders, transparent procurement process and participation rules, and clear technical and financial minimum qualification criteria. Our government team has the necessary experience and is well prepared to repeat the success of the 2018 licensing round, and to once more, start and finish the licensing round within the timeframe (December 2021 to May/June 2022) announced,” says the Permanent Secretary at the Ministry of Petroleum and Energy, Lamin Camara, The Gambia.