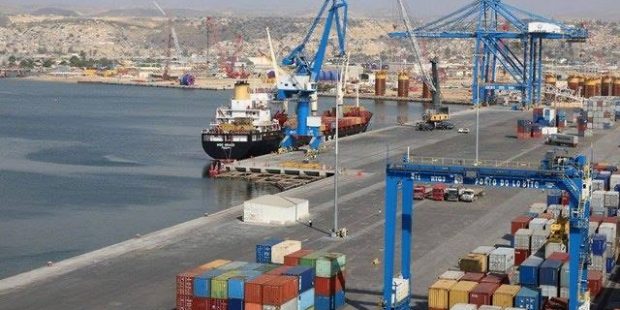 The construction arm of China’s state-owned CITIC Group Corporation Ltd. (formerly the China International Trust Investment Corporation) is one of only two companies whose offers for the concession of the Port of Lobito, Angola, were admitted.

The other offer being considered came from International Container Terminal Services Inc (ICTSI), according to the Angolan Ministry of Transport.

The concession for the management and operation of the Multipurpose Container and Cargo Terminal at the Commercial Port of Lobito is for a period of 20 years, the ministry says.

Bolloré Logistics, the French-owned company with a wide Africa network, put in the preliminary bid, but it failed because it did not provide for the payment of the minimum amount of the concession fee of 80Million dollars under the terms of the tender specifications.

Dubai Port World, Yilport, Qterminal, and Abu Dhabi Ports all bid for the concession, but did not make an offer.

An evaluation committee will rate the proposals admitted to the competition, and the winner is expected to be announced before the end of 2021, according to the statement.

The container and general cargo terminal at the port of Lobito has a total area of ​​241,540.94 square metres, a berth of 1,199 linear metres, and the capacity to handle more than 600 thousand tons of non-containerized cargo and 250 thousand TEU (unit equivalent to 20 feet) per year, the Ministry of Transport claims.

« Eroton, Hurting, ‘Walks Out’ of the Nembe Creek Trunk Line, Halts Delivery of Crude through Bonny Terminal
TOTAL Looks to First Oil in Angola’s Golfinho by 2026 »