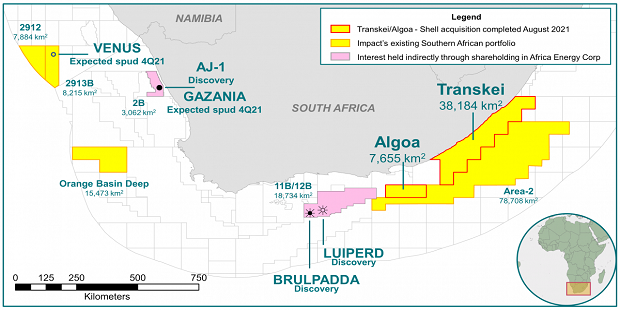 The survey, to commence in 2022, will cover over 6,000 square kilometres of acreage in the Transkei & Algoa exploration permit in the ultradeep waters (water depths up to 3,000 metres) of the Indian ocean offshore Kwazulu Natal province in eastern South Africa.

The large size notwithstanding, the project will cover less than one-seventh of the 45,838km² that is the permit’s licence area.

The Transkei & Algoa licence, known as Exploration Right 12/3/252,  was initially awarded to Impact Africa Limited as a Technical Cooperation Permit in 2012, followed by an application for an Exploration Right, which was granted in 2014.

The project is planned to last approximately four-months and the data will be acquired by the Amazon Warrior, currently working for TOTALEnergies offshore Angola.