Tullow Appoints Former MTN CEO as Chairman of its Board 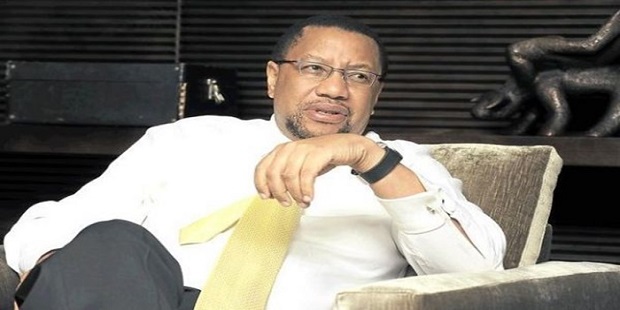 Irish explorer Tullow Oil plc has dived deep into Africa to appoint the next chairman of its board. It has picked the South African business executive Phuthuma Nhleko as an independent non-executive director and chairman-designate. Nhleko joins the Board as a non-executive director on 25 October 2021 and will take over as chairman of Tullow from Dorothy Thompson, following a “suitable” handover period and after Ms. Thomson steps down as Chair and retires from the Board by the year end.

Tullow Oil’s press release sounds overly enthusiastic about the new appointment. The incoming chairman has a good handle on the African sensibility. And most of Tullow’s operations are in Africa. He also has a feel for oil and gas, having been a director of BP.

“Phuthuma brings extensive emerging markets experience to Tullow having worked successfully across Africa over the past three decades”, the company says. “Phuthuma was Chief Executive of MTN Group, the leading pan-African telecommunications company, from 2002 to 2011. During his time with MTN, the Group grew rapidly in Africa and the Middle East, gaining over 185 million subscribers to become one of the largest listed companies in Africa. In 2013, Phuthuma returned to MTN as a non-executive Director and Chairman until 2019. This included a period as Executive Chairman from 2015 to 2017. He remained part of the international advisory board for the business until August 2021”.

After stepping down as Chief Executive of MTN in 2011, Nhleko was a non-executive Director at BP plc (2011-16) and Anglo-American plc (2011-15). He also served previously on the Boards of Nedbank and Old Mutual in South Africa.

Tullow Oil’s chairman designate is currently chairman of Phembani Group, an investment group which he founded in 1994, and is Chairman-designate of the Johannesburg Stock Exchange Ltd. Phuthuma is also a non-executive Director of South African downstream energy company, Engen Petroleum, and a non-executive Director of IHS Towers, the NYSE-listed Emerging Markets Telecom Infrastructure Provider.

Phuthuma holds a BSc in Civil Engineering from Ohio State University and an MBA from Atlanta University.