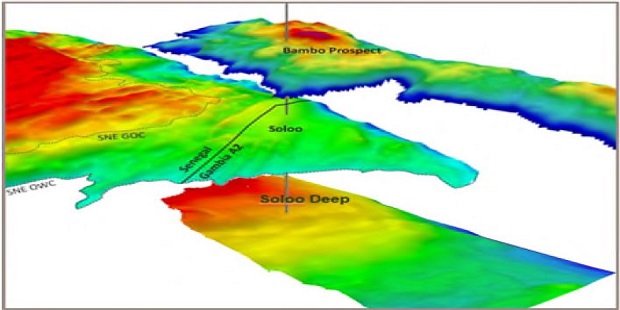 FAR, the Australian independent, has commenced drilling on the Bambo-1 exploration well in Block A2, offshore The Gambia.

The Stena Ice Max drillship arrived on site on 12 November Gambian time and after completing preparations, has successfully spudded the well.

The Bambo-1 well is located approximately 85kilometres offshore The Gambia, in 930 metres of water depth and is planned to be drilled to a depth of approximately 3,400 metres.

The drilling campaign is expected to take approximately 30 days. The well is designed to drill into a series of vertically stacked targets with a combined estimated recoverable, prospective resource of 1,118 MMbbls (arithmetic sum of the Best Estimates, un-risked, 559 MMbbls net to FAR*) and FAR calculates the chance of geological success for the various horizons to range from 7% to 36%. The targets are: 1. Bambo (S390 & S400) – two shallower horizons not previously intersected. 2. Soloo (S410 & S440) – the extension of the hydrocarbon-bearing reservoirs in the adjacent Sangomar Oil Field, Senegal. 3. Soloo Deep (S552 & S562) – two additional horizons, also not previously penetrated.

Soloo Deep has a lower chance of success but higher potential volumes.