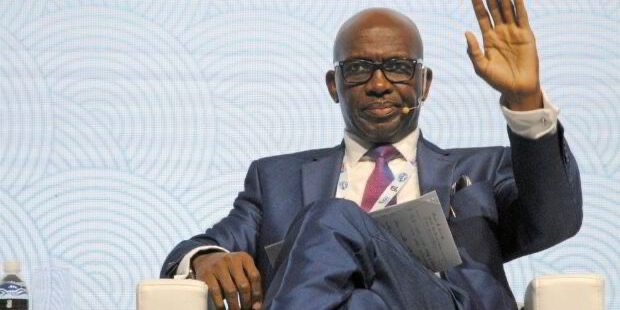 Tony Attah, the immediate past Managing Director of the Nigerian Liquefied Natural Gas Limited (NLNG Ltd), is retiring from Shell in January 2022, after over 30 years.

Attah was the MD of the NLNG Ltd from September 2016 to July 2021. By Christmas of 2019, he had led the company to a Final Investment Decision (FID) on the $10 Billion, Seventh LNG Plant (Train) in the NLNG facility, a project which is planned to produce Eight Million Tonnes Per Annum (8MMTPA) of LNG. The factory, when completed in 2025, will increase NLNG’s current capacity by 35% to 30MMTPA.

Tony Attah took the reins of NLNG Ltd, nine years after the last Liquefaction Plant (Train 6) came on stream. Before him, two Chef Executives had worked to get the Train 7 project off the ground, with some traction, but not visible success.

The congratulatory memo, signed by Wael Sawan, Shell’s Director of Integrated Gas, Renewables and Energy Solutions and De La Rey Venter, the Group’s Executive Vice President, Integrated Gas Ventures, praised Attah for leading a “relentless focus on Safety Leadership underpinned by care and passion for people and business, culminating in “Realigning to Win” (RIW) programme, which has repositioned NLNG as a top quartile LNG company globally”. The memo also acknowledged that Attah “has been most instrumental in national advocacy for domestic and export gas development (Decade of Gas Agenda), while setting the company on a path to growth with the recent achievement of the Train 7 FID and signing of the EPC contract to increase the company capacity by 35%”.

Tony Attah joined Shell in 1991 and has held a number of technical roles in operations, major projects, commercials, and led various multi-disciplinary teams across Europe, Russia, and Africa. He was, prior to secondment to NLNG as MD, THE Managing Director and Board Chairman of Shell Nigeria E&P Company (SNEPCo), Vice President HSE and Corporate Affairs, and Vice President Human Resources (HR) in Shell E&P Africa.