ExxonMobil Signs Off to Savannah, Leaves Chad and Cameroon 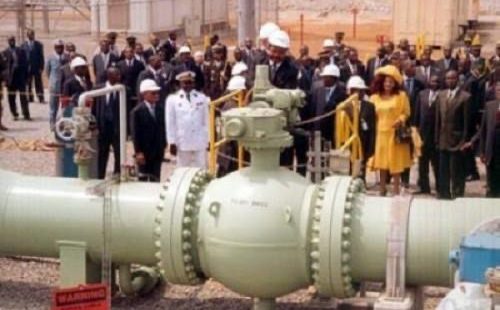 Savannah Energy’s announcement that it had signed a Share Purchase Agreement (SPA) with ExxonMobil and its affiliates (Mobil Corporation, ExxonMobil International Holdings, Inc., and Esso Exploration Holdings), over their entire upstream and midstream asset portfolios in Chad and Cameroon, confirms the speculations that the American major was divesting from the Chad Republic, as well the associated Chad Cameroon pipeline project.

Savannah will take over these assets.

The SPAs both have an economic effective date of 1 January 2021.

In 2020 the Doba Oil Project produced an average gross of 33,700 Barrels of Oil Per Day (BOPD) and the Chad-Cameroon pipeline transported a gross of 129,200BOPD.

Due to their size and nature, both agreements individually constitute reverse takeover transactions pursuant to AIM Rule 14 and, accordingly will be subject to, inter alia, shareholder approval. Savannah intends to publish the associated AIM Admission Document, which will contain a notice of general meeting, on or around 17 December 2021, following which point the Company would seek restoration to trading on AIM of its ordinary shares. Please refer to the Company’s earlier announcements today at 4:30 p.m. for the respective Schedule Four disclosure for both acquisitions.

Andrew Knott, Savannah’s Chief Executive Officer, says he is delighted about the signature of SPAs to acquire control of the upstream and midstream assets of Exxon and PETRONAS in Chad and Cameroon. “These assets have generated billions of dollars of critical tax revenues for their host countries and free cash flow to their owners since the onset of first oil production in 2003”, he contends in the release. “Further, under our stewardship, we expect these assets in aggregate to generate positive free cash flow and fiscal revenues for Chad and Cameroon for a further twenty-five plus years. For Savannah, these deals are expected to see our production levels and reserve base more than double. Further, we see strong potential to significantly increase upstream production and midstream throughput volumes from current levels through incremental investments”.