FAR Experiences a Second Dry Hole in The Gambia 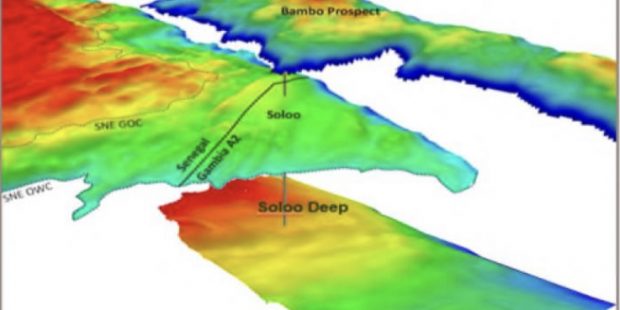 There may be vast deposits of hydrocarbon in the Gambia, but operators of the last drilling in the country could not immediately confirm.

FAR, the Australian minnow and its partner Petronas, concluded the drilling and formation evaluation operations for the Bambo-1ST1 well offshore The Gambia but they could not announce, even from wireline logs, if there was some Gross Hydrocarbon count, let alone a Net Oil or a Net Gas Sand footage.

Bambo-1, the second well FAR will be drilling in The Gambia in three years, and the second in the country in 43 years, was initially drilled to a depth of 3,216 metres Measured Depth Below Rotary Table (MDBRT) and wireline logging data was obtained. The Bambo-1 well was then plugged and the Bambo-1ST1 (side-track) well drilled to a depth of 3,317m MDBRT after which, wireline loggings were conducted.

“The drilling and logging data obtained on the main well and the side-track well indicates that several target intervals in the well had oil shows”, was all FAR could say, “confirming a prolific oil source is present in the area”.

Samples were recovered from several levels.

As it is, this is a dry hole; the result is not so dissimilar to what FAR got with Samo-1, the first well in this same block that it drilled around this time in 2018. These two wells are the only probes that FAR has operated on its own. Until another company comes and tests these same sequences, we cannot tell whether or not the problem is the quality of FAR’s geoscience unit.

But the company offers an excuse: “The presence or otherwise of any oil will be confirmed by laboratory analysis”.

FAR then explains its operations further: ‘The side-track well was planned to be drilled to the final total depth through all target reservoirs and also to intersect zones of interest from the main well in a different location which will provide additional data and to sample potential oil. Interpretation of the cuttings and wireline logging information indicates that these zones have been charged with oil in rather poor-quality reservoirs and in traps that might have been breached, leaving behind some residual oils in the reservoirs.

“The side-track well also intersected oil shows in the Soloo Deep units not previously encountered by the original well or other wells in the area. The oil shows encountered were persistent over several hundred metres, confirming access to the prolific oil-generative kitchen is present which may open additional material exploration opportunities and running room in both the A2 and A5 Blocks. The drilling operations of the Bambo-1 well and Bambo-1ST1 side-track well were conducted safely and within the amended budget. The well and side-track are being plugged and abandoned consistent with the planned well abandonment program for this type of exploration well. Cath Norman, FAR Managing Director said.