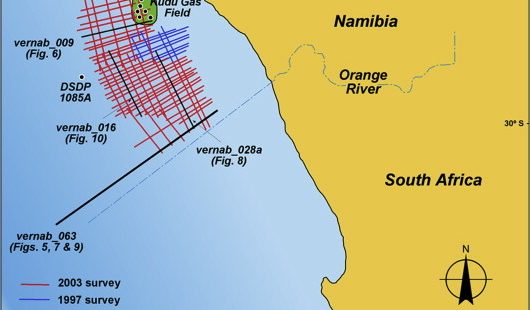 It’s an intriguing place to be for a jurisdiction that hasn’t witnessed drilling by an oil major in over 25 years.

Shell is utilizing the Valaris DS-10 rig to probe a prospect which, like TOTALEnergies’ Venus-1, looks like a hub size play on three-dimensional (3D ) seismic data.

The two acreages are adjacent to each other, in deepwater Orange Basin, although TOTALEnergies’ PEL 56 is in slightly deeper waters than Shell-operated PEL 39.

The Orange basin is a major delta system that spans both Namibia and South Africa.

Shell also has operated acreages in the South African segment of the basin.

As far as hydrocarbon exploration and exploitation is concerned Namibia has been in a “hoping mode” for close to 10 years, with plans to monetise the Kudu gas accumulation, the country’s only valid hydrocarbon discovery, caught in uncertainty and drilling activities by Western minnows turning up dry after spectacular dry holes.

The feeling of despondency was lifted in January 2021 when the Canadian independent ReconAfrica claimed it had encountered a working a hydrocarbon system in the Kavango Basin, a Permian aged geosyncline located onshore.