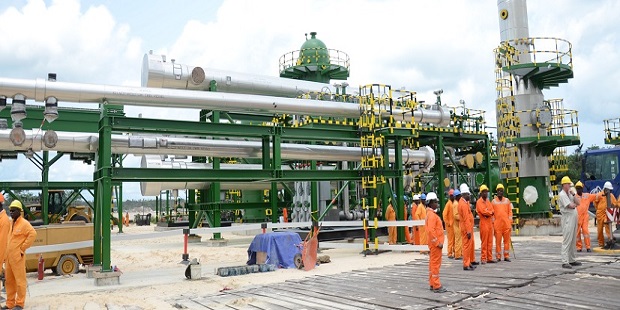 Officials at the Nigerian presidency are concerned that the state hydrocarbon company, NPDC, got President Muhammadu Buhari to commission an LPG plant that failed to deliver more than a fraction of the capacity to the market a full year after the President inaugurated it.

NPDC is a subsidiary of NNPC. The second phase of its Oredo Integrated Gas Handling Facility (IGHF-2) in Edo state, in midwestern Nigeria, was commissioned four days to Christmas 2020, and billed to deliver 240,000 metric tonnes of commercial grade liquefied petroleum gas and propane to the domestic market, according to the speech by President Buhari himself.

He said that the plant would “meet 20% of Nigeria’s LPG demand”.

Mele Kyari, NNPC’s Group Managing Director, had promised at the commissioning “a daily load out of 17 trucks of LPG and 22 trucks of propane”.

That has not happened.

Commissioning hitches have hampered the efficacy of the facility and ensured only minimal benefit to the market a full year after the high-powered, widely publicized commissioning. Over half of the 1.2Million tonnes of LPG consumed in Nigeria in 2021 was imported. The Oredo Plant was supposed to boost locally produced LPG, most of which is contributed by Nigeria Liquefied Natural Gas NLNG Ltd (which supplied 400,000Tonnes, or 33% of the entire 2021 consumption).

As demand/supply challenges forced up the prices of the product for most of 2021, the Nigerian Association of Liquefied Petroleum Gas Marketers (NALPGAM) fingered “inconsistent availability” of the product as a causative factor and called for a policy that “would encourage full domestication of LPG” , a phrase that could be translated as ‘full scale local production’.

Presidency sources say there is a robust campaign to bolster local production of LPG, with a list of projects that is topped by the Oredo Plant, which has now proved disappointing. They are also looking to contributions from Seplat/NGC’S ANOH gas project, Platform Petroleum”s Egaboma Plant, Energia’s Ebendo field and Sterling Exploration’s Kwale Hydrocarbons.

Of the lot, Kwale Hydrocarbons has started supplying the market and it is the next major local supplier after NLNG, although it doesn’t disclose its delivery volumes. LPG distributors interviewed by Africa Oil+Gas Report, have been largely disappointed by the effectiveness of Platform Petroleum”s Egbaoma Plant and Energia’s Ebendo project. The ANOH project is still under heavy construction, and it’s expected to come on stream in late 2022.

« NLNG Is Supplying All its Butane Production to Nigeria in January 2022
TOTAL to Help Rwanda with LPG, Renewable Energy Solutions »