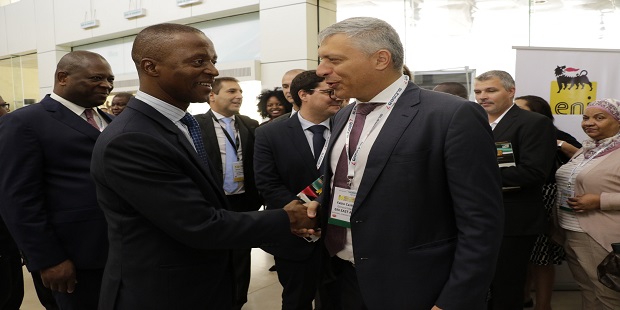 It will be moored at its operating site in the Rovuma basin offshore Mozambique. The FLNG will receive feedstock from the Coral gas field in the Area 4 of the deepwater Rovuma Basin in the Indian Ocean. Italian major ENI discovered Coral back in May 2012. The field holds about 16 Trillion cubic feet (Tcf) of gas in place.

Following the mooring, hook-up operations will begin at a water depth of around 2,000 metres.

Production startup, scheduled for the second half of 2022, may now be earlier. Coral Sul FLNG will contribute to increase gas availability in a tight market, with a gas liquefaction capacity of 3.4Million tons per year (MTPA) of gas. BP will buy all of the LNG produced at the unit as part of a long-term deal.

The 432 metre long and 66-metre-wide unit was constructed by the TJS consortium, consisting of Technip Energies, JGC Corp, and Samsung. It is the first floating LNG facility ever to be deployed in Africa’s deep waters, but it is the second FLNG on the continent, coming after the Hilli Episeyo, the 2.4MMTPA floater in shallow waters off Cameroon’s Kribi coast.

The Coral South Project achieved Final Investment Decision in 2017, only 36 months after the last appraisal well. “FLNG fabrication and construction activities started in 2018 and were completed on cost and on time, despite the pandemic”, ENI has always maintained.