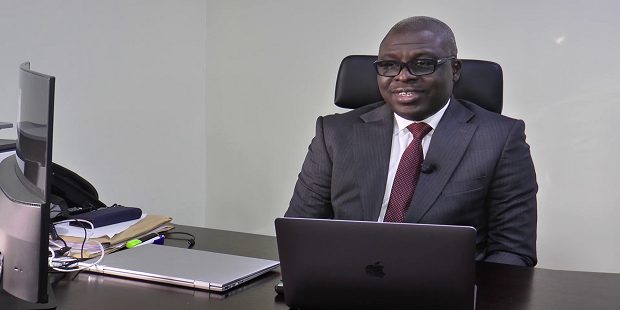 Niger Delta Exploration & Production Plc, Nigeria’s longest running marginal oilfield producer, has a larger upside in its portfolio than most of its peers, its Chief Executive Officer has argued.

Gbite Falade, who has run the company for close to a year, says that “the gap to potential in terms of ullage and the improvement that you can institute immediately in terms of agreements that are in play and the new ones that you can bring on stream”, gives him a sense of the “awesome potential prospects” of this organization.

The way Falade sees it, something is always lurking around as an opportunity for increased value creation in the NDEP business profile.

At the start of 2021, the Ogbele marginal field, the company’s main upstream asset, was producing 9,000Barrels of Oil Per Day (BOPD). Today, it is doing 12,000BOPD, “not because we have drilled an additional well but as an outcome of production optimization and well intervention in a “’rig less’ way”.  Again the company’s natural gas production, which was around 40Million standard cubic feet of gas a day (MMscf/d) in January 2021, is now delivering 53MMscf/d, “and we are on a journey to double that by next year”, the CEO explains. “The lead time for gas development is such that you cannot wait until the problems are fully solved before you make the investment otherwise you would be left stranded”.

And despite the fact that Ogbele has been just a marginal field for all its 16 years as a producer of oil and gas, “the envelope of what we have today, can sustain that 12,000BOPD both on the infrastructure level and in the sub-surface”, Falade says.

Falade took over the reins of NDEP in February 2021 from Layiwola Fatona, an industry icon who led the company for 25 years, from negotiation of the acquisition of two marginal fields: Ogbele and Omerelu from Chevron, through first oil from Ogbele in 2005 to inauguration of a gas processing plant and modular refinery (2011) and establishment of NDWestern, a special purpose vehicle for acquiring Shell’s divested assets, in which NDEP holds a 42% interest (2011).

In 2020, the Africa Oil+Gas Report named NDEP Number 1 among the Nigerian Independent producers of oil and gas in its fourth edition of The Talented Tenth, a deeply researched industry ranking of the top 10 progressive, indigenous Nigerian E&P Independents. It was the first time in the four years of the ranking that any company would upstage Seplat Energy as Number 1. And the more intriguing story is that NDEP was not even a manager of an oil mining lease.

The interview with Falade, at his relatively small, modestly furnished office in Victoria Island, an upmarket business suburb located close to the South Atlantic Ocean in Lagos, is the first of a series of C-Suite conversations by the Africa Oil+Gas Report with industry leaders in 2022.

“We are going through some sub-surface data review and the preliminary opinion that we have on the table shows us prospects that are decent and significant and material enough not only to sustain the 12,000BOPD threshold that we are on right now but to take us higher by a factor of at least 50%. And this is one of the most interesting things about the asset that we are operating and indeed, not just that asset but the general story of the Niger-Delta basin”, he explains.

“At the time we took over the asset, the initial view was that there was about 5Million barrels of oil in place but at some point, it was upgraded to 10 Million barrels in place. In 15 years of production, we have successfully extracted 20 Million barrels and we are still producing at the level that we are right now. So, the continuous examination and re-interpretation of the data that we have today shows us that there is still a whole lot possible.

NDEP is a diversified hydrocarbon producer with upstream crude output, midstream (gas processing) and downstream (refining, product sales). Everywhere across the chain, things are on a ramp up.

“We have pre-invested and taken an investment decision to expand the 100MMsfc/d gas processing capacity by an additional 300MMscf/d to 400MMscf/d. We have taken custody of the plant equipment to carry that out and at the rate at which we are going, we foresee that in the next one or two years, we would have installed and commissioned that additional 300MMscf/d. What is driving that decision is more around the feedstock supply guarantee than the market offtake because there is more than enough latent demand in the market both in terms of export and domestic to consume the additional capacity that we are looking for”.

“The third train has not been commissioned officially though operational. There are certain conditions to be satisfied before the regulator (the Nigerian Midstream and Downstream Regulatory Authority NMDRA), would then certify it. But we are very convinced that in the next three months, we would satisfy those conditions that will formally and officially certify that we have an 11,000 barrels per day refining capacity. In addition to that, we also have some bolt-on component parts of the refinery including a PMS unit that is also at the final stages of installation and would soon be commissioned. The naphtha that is coming out from Trains 2 and 3 right now would then be the feedstock for the production of LPG and PMS which are two vital refined products that we need as a country”.

Even with this scaling up everywhere, Falade, a one-time Senior Business Economist at Shell and a former Managing Director of Oilserv, (arguably Nigeria’s largest hydrocarbon project management service provider), is of the view that NDEP is punching below its weight.

“When you look at the fact that this company is not a listed company yet, this company is traded on the NASD and when you look at what it would mean for the fortune of both the company and its shareholders, first, for the company, its ability to raise capital for the endless opportunities that we see, it helps you to appreciate the gap-to-potential that is on the table. It is for these reasons that NDEP remains the best kept secret in the Industry.

The aspiration of the shareholders that the board has mandated, is to take this company to the stock exchange at some point to be determined. By the time we are ready, we will unfold it for the general public to be aware of but that is the ultimate aspiration and we see that as a necessary point to fully unleash this company to the next level of its pursuit. We have largely operated as a well-run company in terms of financial discipline and we have largely grown this company through internally generated funds. So, the extent to which we have scaled is driven a whole lot more by the leverage that our balance sheet carries and also by the cash that we generate in the business. But when you look at the opportunities available to us as a company, when you look at our pedigree, our track record, our reputation and at the universe of opportunities begging to be exploited, the scale of capital that you would need to execute those requires that you have a platform that would give you access if you are to pursue them. The issue of being listed is not an option, it is something that we will do but we are going to do it in the most responsible way. We are going to make sure that we remain financially stable, we remain solid and prudent and value is not destroyed in the process.

This is the first in a three-part series of published interviews with Mr. Falade.