Despite Underinvestment in Oil, Africa added New Barrels in 2021 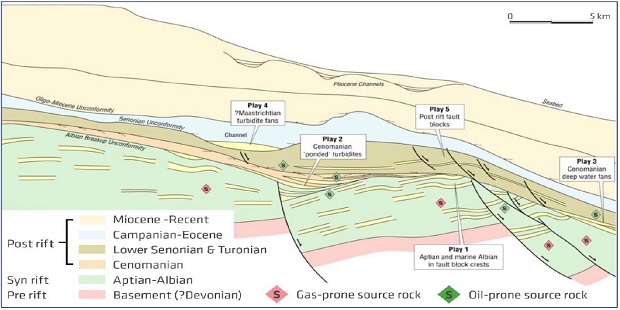 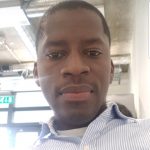 In the year 2021, the global oil industry bounced back from the depressed commodity price and the shock of the COVID-19 pandemic that disrupted the sector in the 2020 fiscal year. Before this tumultuous event, investment in new oil had been witnessing a decline, due in part, to the uncertainty posed by the energy transition. But despite this under investment, the Africa continent added some new barrels to global discoveries in 2021. In all of this, it wasn’t all bad news for Africa.

For 2021, the following are some major hydrocarbon resource discoveries made in Africa.

Italian giant ENI had a good year in Africa in the year 2021 as it unlocked many new finds in Ghana, Cote d’Ivoire, Angola and Egypt. In fact, to christen the Milan based major as ‘the explorer of the year’ won’t be out of place.

The “Eban” discovery in the CTP Block 4, offshore Ghana was one of many in 2021.  The Eban – 1X happened to be the second well spudded in the CTP Block 4 after the initial “Akoma” discovery. The Eban prospect was drilled by “Saipem 10000 drilling ship” in water depth of 545m with the well reaching a depth of 4179metres. The reservoir penetrated according to Eni was a thick sandstone of Cenomanian age with an oil column of 80metres.

According to the company, “preliminary estimates place the potential of the Eban-Akoma complex between 500 and 700 Million Barrels of Oil Equivalent (BOE) in place”. ENI described the find as “a testimony to the success of the infrastructure-led exploration strategy that ENI is carrying out in its core assets worldwide”.  The company is hopeful of fast-tracking production due to the proximity of existing infrastructure.

The Baleine discovery in Cote d’Ivoire is coming after nearly 20 years of ‘a dry spell for discoveries’ in the deep waters of the West African country. The find was made in block CI-101 offshore Ivory Coast and announced in September of 2021.

The well was again drilled by Saipem 10000 drill ship (lucky rig) in a water depth of 1200m. The probe reached a total depth of 3445metres, according to the company. The reservoir age is said to be Santonian and Cenomanian/Albian. ENI estimates the find to be between 1.5 and 2.0Billion barrels of oil in place and some 1.8 to 2.4Trillion cubic feet of associated gas resources.

The acreage is jointly held by ENI (90%) and state hydrocarbon company Petroci Holding (10%).

Apart from the CI-101 in which Baleine was discovered, ENI has participating interests in four other offshore blocks in Ivory Coast: CI-205, CI-501, CI-504, and CI-802; with Petroci Holding being joint partner in all.

ENI brought the year 2021 to a close with the announcement of a bunch of small discoveries in which it estimates 50 Million BOE in place in Egypt’s Western Desert. The “Meleiha development lease” discovery was made with Jasmine W-1X and MWD-21 wells; while the “South West Meleiha exploration concession” was discovered with the SWM-4X well – some 35km south of the Meleiha oil centre location.

The Jasmine W-1X and MWD-21 were discovered within clastic reservoirs of Jurassic Khatataba Formation and Cretaceous Alam El Bueib Formation respectively. In the SWM-4X well, ENI encountere an oil column of 36ft in the Cretaceous clastics of Bahariya Formation – also with excellent reservoir properties.In all, the discoveries add some 6,000 barrels of oil equivalent per day to ENI’s total output.

In further pursuit of Eni’s infrastructure led exploration strategy (ILX), it unlocked another find in block 15/06 in Angolan deep waters with an estimated oil in place of 200 to 250 Million barrels. The well was spudded on the “Cuica exploration prospect” within the “Cabaça Development Area”.

From the press release by the Italian major, the Cuica-1 NFW was drilled as a deviated well in water depth of 500m by the Libongos drillship with the well reaching a total depth of 4,100metres and encountered 80metres of oil column in Miocene sandstone reservoir with good petrophysical properties. This discovery is expected to flow about 10,000 barrels of oil daily when it is brought on stream.

The year 2021 was a busy year for the Vancouver based company as it undertook varying exploration efforts which included seismic data acquisitions, well drilling and Petrophysical evaluation. These efforts led to announcement of a working petroleum system given oil and gas shows, five potential reservoir zones in well (6-2) – 3 clastic and 2 carbonates.

These wells were not drilled on the basis of any seismic evaluation and they are regarded by Recon as, at best, “tests” to determine the viability of a working hydrocarbon system. Recon has reported encountering ‘oil shows’ but has insisted on not using the phrase “discovery”. With two-dimensional seismic data now acquired, Recon plans to drill “valid” exploration wells in 2022.

Oil and gas resources not only serve as a commodity to earn revenue and create jobs in resource rich African countries, it also holds the possibilities to jumpstarting industrial renaissance on the continent. These discoveries further show the potential of how the Africa continent can add to global reserves in an emerging energy future that will include oil and gas for years to come. These needs should be underpinned by Environmental Social Governance best practices in the light of energy transition.

Adeoloye is a consultant geoscientist and content analysts based in Dublin, Ireland. He contributes from time to time to Africa Oil+Gas Report.