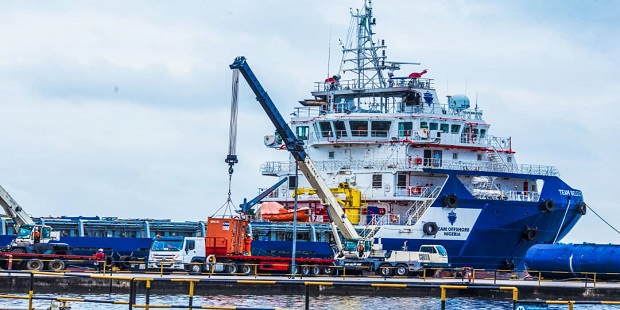 The International Oil Corporations (IOCs) had a firm hold on the Nigerian oil and gas sector for over 50 years.

Their grip began to relax in 1991 when indigenous players made their entree, thanks to Professor Jubril Aminu’s deliberate policy of encouraging indigenous participation in the Nigerian oil and gas sector, under military president, Ibrahim Babangida.

From the class of ‘91 has emerged an enduring success story; Mike Adenuga’s Conoil, recipient of Oil Prospecting Licence (OPL) 113.

The 2001 marginal field round would introduce more indigenous players to the sector with the likes of Platform and Midwestern stepping up to stake their claim. The marginal field round, superintended over by Funsho Kupolokun, in his capacity as Special Assistant to President Olusegun Obasanjo, did more than deepen indigenous participation. It helped get ready a corps of local players who would take advantage of asset divestments by the IOCs, 10 years in the future.

Another round of divestments is around the corner and as negotiations progress one is constrained to ask how the past iterations have impacted on local capacity because while new and thriving indigenous players have emerged, the question that is not so quickly addressed is how the re-alignment impacts the value chain from local contractors to community liaison, environmental and security concerns as well as oil servicing support.

The Local Content Act of 2010 has been largely responsible for the emergence of a corps of technical and financially competent oil and gas asset development companies who have cut their teeth providing support largely for Domestic Oil Companies (DOCs) who have had to look inwards and away from the international service providers. Top players would include a local content champion like Century Group (Century) whose work with SPDC and other key players has helped it build an advantageous operational framework and strong stakeholder management systems, leveraging its extensive local knowledge of the terrain and people, as well as challenges that erstwhile made producing most of these assets a challenge.

Following TNOG’s acquisition of OML 17 from Shell for a reported $1.7Billion dollars, the Africa Report notes that TNOG plans to “triple the production of OML 17’s wells. At the time of the deal, production was around 27,000 barrels per day, with the existing infrastructure designed for 100,000 barrels per day, a peak reached in the past before a slow decline. Proven and probable (2P) reserves, according to Tony Elumelu, are around 1.2Billion barrels.”

This is the mantra from every new owner because sweating the asset and increasing production is key to ensuring positive yields and return on investments but this requires a rejigging of the entire value chain.

First consideration is access. Aside from the fresh focus on decarbonization and energy transition, the core reasons IOCs have proffered for divestment have remained community agitations/restiveness, environmental concerns and insecurity, oil theft and sabotage, etc. This is why divestments have focused largely on onshore and shallow water assets.

So, new and prospective owners of divested assets must evolve strategies not just for ramping up production but for avoiding the problems that dogged the IOCs. To do this requires a new approach which will be more holistic than adhoc.

The new owners will require strategic partners who know the lay of the land and who can help with operation and technical support. These partners must have local knowledge, a good understanding of the issues, exhibit financial capacity, evince technical competence and the ability to build capacity around the business and the local community of contractors and vendors.

Other key considerations would be partners that have a firm handle on community and multi stakeholder management as well as Standard Operating Procedures and Security Protocol that will ensure asset security and integrity post-divestment. This is critical for onshore and shallow water assets.

These are key success factors and it is heartening to see that NNPC is getting on board from a government and policy perspective, especially with the benefit of hindsight. Mele Kyari, the state firm’s Group Managing Director, has been reported as having said that the government will “ensure that only investors with technical, financial and operational capabilities take position of the IOCs assets, thereby adding value to the industry.”

To make this happen he is also quoted as promising that the “NNPC will ensure Nigeria’s strategic national interest is safeguarded by developing a comprehensive divestment policy that will provide clear guidelines and criteria for divestment of partner’s interest.”

The ongoing litigation between Aiteo and Shell over what the former has described as opacity in their due diligence negotiations over OML 29 as well as the fallout from the 2021 Nembe oil spill is pushing these issues to the front burner especially as a new divestment window opens.

These are key considerations for the NNPC and stakeholders in the divestment exercise to consider.