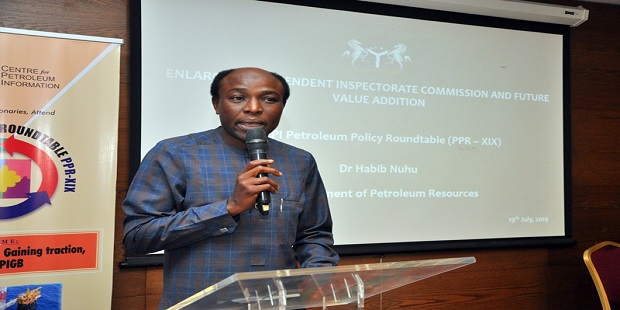 The appointment is a pointer to how far Habib has travelled in a short time, in Buhari’s second term. In mid–2020, he was only a manager, a position below assistant director, which was the first ‘top tier’ level, in the organogram of the Department of Petroleum Resources (DPR), the forerunner of Nigerian Upstream Petroleum Commission.

By the end of 2020, he had been seconded to the state house as President Buhari’s special adviser on Natural Resources, a posting which was pivotal in the administration of the country’s Marginal Field Bid Round. When the President announced the implementation steering committee to oversee roll out of the Petroleum Industry Act (PIA) in August 2021, he was named a member.

A 1998 graduate of Applied Geology from Abubakar Tafawa Balewa University, Habib holds a Master’s degree in Petroleum Geosciences from Imperial College London and a PhD in Engineering from Seoul University, according to his LinkedIn Page.