Africa Can Focus on Opportunities, than Wallow in Denial of Energy Transition 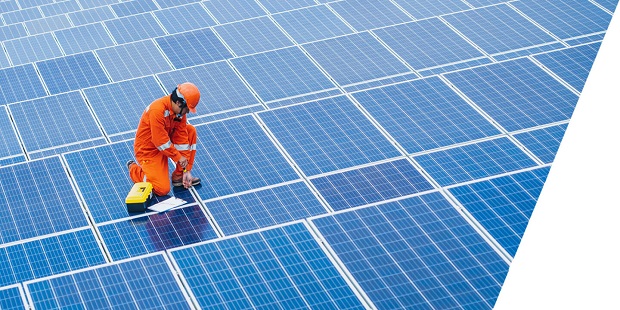 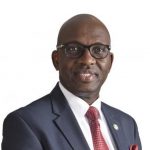 The transition will happen; but the more valid question is, “Are we ready? Will Africa be ready?

Energy has always been in transition from very early days when the predominant sources were mainly animal fats, paraffin, peat, Coal and more recently Oil and Gas. Energy transition has seen changes from wood to coal, coal to oil, oil to gas and the emergence of nuclear fusion and hydro to enrich the energy mix. However, we seem to have taken the evolution of energy for granted because fossil fuels have remained dominant over the last 100 years; but with the advancement of technology and improvements in science, we now have a greater consciousness on the impact of fossil fuels on our planet through climate change effects. The effects of climate change is driving the acceleration of the ongoing energy transition and changing energy mix from fossils to cleaner sources.

That said, our world is also changing, with the global population set to increase by an additional Two Billion people by the year 2040 with urbanisation and the overall fortunes of society improving. The world will need more energy to meet the forecasted demand growth of 30% by 2040. While the world surely needs more energy, we are also faced with the dilemma of climate change and the clarion call to save our planet by managing the 20C challenge through decarbonisation. Essentially, the world needs more energy but no longer at all cost.

The world wants it cleaner and cheaper with assurance on the security of supply in a sustainable manner. As a result, energy transition is underpinned by changing energy mix with technology being by far the greatest disruption. Today we see a major shift, especially in the western world, with the IOCs and major investors coming under immense pressure to decarbonize and push their ambition for Net Zero operations to reduce CO2 and other emissions in line with global ESG mandates. This is actively driving the preferential efforts to move away from more conventional sources of energy in preference for cleaner and renewable sources like WIND, SOLAR, HYDRO and more recently Hydrogen if you discount the comments credited to Elon Musk on the role of Hydrogen in the new energy mix.

Irrespective of some of the conspiratorial theories and perceptions on climate change, energy transition is happening, no matter what we think. In fact the only scope for debate will be around the pace and speed of transitioning. Three scenarios are currently being explored (Accelerated case, Base case and a Slower Case). The Slower Case assumes energy will transition normally over time while the ACCELERATED Scenario predicts that things can move very quickly and global demand for oil could peak before 2030, thus shrinking the overall relevance of Oil and Gas in the energy mix. The Accelerated scenario has by far the sharpest implication for the energy mix and its attendant consequences on Africa.

The gradual shift away from fossil fuels by the western world will lead to a massive reduction in availability of funds and some key players have already put a stick in the ground not to fund any oil and gas development projects as seen in the announcements by the World Bank and some major pension funds around the world including the World’s biggest sovereign wealth fund. More and more investors are focusing on ESG and climate change, thus defining a new agenda for the global energy mix. Some countries like the UK, Netherland, Denmark, Sweden have taken positions with respect to fossil fuels for transportation, to the extent that they have proposed an end to the sale of diesel and petrol vehicles by 2030. This alone will lead to a significant reduction in oil demand.

In the Accelerated transition case, it is forecasted that global oil demand could peak at about 30Million barrels per day compared to the current 100Million barrels by 2035 and the revenue of most African producers will dwindle by over 70% in the same period. In this scenario, about 70% of African production will become uncompetitive by 2040, with next to no new field developments across all countries, overlaid with high production decline rates due to inability to finance and develop new oil and gas projects. Over 50% of new projects will be at risk of not being delivered in the accelerated scenario, unless at very high oil prices.

Depending on which side of the divide you sit, you can pick your choice of energy transition scenario and bet on how fast the transition will happen; but one thing remains for sure “it will happen” and hence the more valid question is, “Are we ready? and will Africa be ready? 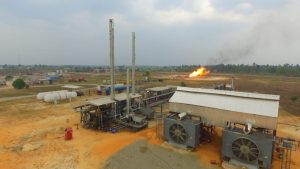 KGG Gas Hub on Ebendo Field-Africa needs to become an energy market of its own by creating dedicated gas hubs, storage, etc for its own consumption

With the onset of energy transition now piling pressure on conventional sources of funding for oil and gas development, leading to increased cost of capital, coinciding with the global lack of appetite for fossil fuels, it is important to really dimension Africa and the potential implications. Africa is very rich in natural resources but it is unfortunately very poor in availability of energy; to the extent that about 50% of Africans; approximately 600Million people out of the over 1.2Billion have no direct access to electricity and most of Africa remains in darkness. It is also true that Africa has other problems including a weak infrastructure base, low access to affordable health care systems and insecurity in some places but by far the biggest opportunity will come from being able to crack the energy poverty challenge or at least not to make it worse due to energy transition.

Biomass and Fossil fuels will remain the dominant sources of fuel in the African energy mix in the short to medium term, underpinned by the increased consumption of wood and charcoal with its attendant implications of deforestation, desertification and other knock-on effects of social issues including crisis due to migration and fault line crossings as experienced in some countries recently.

That said, while the global demand for energy is forecasted to grow by 30% in 2040, Africa’s energy demand is expected to double by 2050; which could be both an opportunity and a challenge.

Please permit me to focus on the opportunities, hoping that the challenges are not lost on us as Africans. While most of the oil produced in Africa is exported we know that only 50% of the gas produced is consumed in Africa! Gas is available in abundance in Africa with about 460TCF of 2P proven and probable reserve and a reserves to production ratio of over 50 years. Gas is globally acceptable as a transition fuel, hence the key opportunity for Africa to focus inwards on growing the energy market on the back of gas to bridge the energy gap and improve access to the remaining 50% of Africans who have no access to electricity today.

Unfortunately, the combination of high cost of production linked with inadequate infrastructure and massive under-funding of the oil and gas industry could portend the biggest danger that Africa will face in the energy transition unless of course we are able to get our acts together as an integrated continent to co-create solutions that are clearly African and focus on our collective strengths rather than on our weaknesses as individual nations.

Most IOCs and other investors will continue to lay emphasis on renewables in response to the ESG pressures and recent COP26 commitments made on emission scope 1, 2 and 3, leading to many, opting to scale down their upstream portfolios in divestments as a result. Many have even rebranded in a bid to send the signal on how seriously they take the issue of energy transition by themselves transitioning into integrated energy companies with increased funding for renewables and changing their names to confirm this. We have seen TOTAL became TOTALEnergies, Gas Natural became Naturgy, STATOIL became Equinor and locally in Nigeria SEPLAT Petroleum Development company has become SEPLAT Energies just to mention a few.

So, what must Africa do to be ready to reposition ahead of the imminent potential shocks due to energy transition and changing energy mix?

The main conversation therefore should be about the respective starting points of different regions in Africa and which of the three energy transition scenarios will play out. A lot will also depend on the African leadership and its political will to forge a common energy agenda and galvanize around the common purpose of saving our planet by dealing with climate change and the 20C challenge for which we do not have a choice, as we do not have another planet, we can call our own.

Hence, we must find a way to balance the growing Energy demand, Reduce Costs, and improve efficiencies of available energy sources and to grow renewables with time in order to find the best energy mix that will propel Africa to the desired industrialisation level.

Whatever be the case, Africa cannot afford to be left behind!

It is time for Africa!!

Being a keynote address delivered at the SubSahara Africa International Petroleum Exhibition and Conference (SAIPEC), IN Lagos, Nigeria. Attah was formerly the Chief Executive Officer of the Nigeria Liquefied Natural Gas (NLNG) Ltd.