When is Green…Green: the Greening of LNG and Natural Gas? 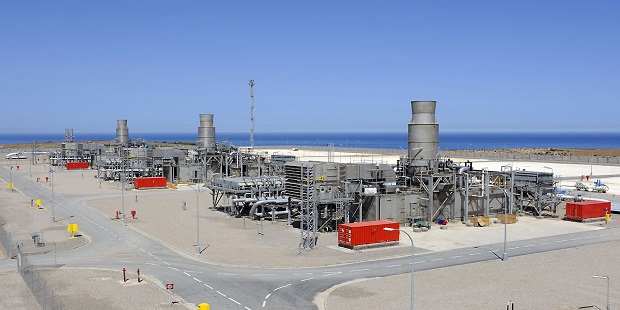 The colour green, it would seem, is without controversy.

In the eyes of the beholder green is simply green. Now that natural gas and Liquified Natural Gas (LNG) are receiving more recognition as being green, the controversy has mounted. Europe’s mounting attention to source LNG to substitute for Russian natural gas has heightened the discussion around whether natural gas and LNG are indeed green. This is especially awkward since the European Union prides itself on its precedent-setting green initiatives. This has wide-ranging implications for Africa, which supplies Europe both natural gas via a series of pipelines and LNG and possible new project options.  If the Russian-Ukraine crisis persists, LNG and natural gas could very quickly be declared very very green and Africa’s natural gas and LNG could possibly replace Russian imports. 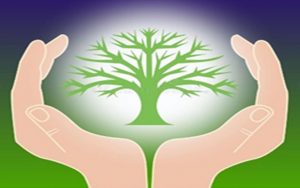 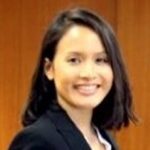 The key question, according to Ng, is “how do we ensure that green-branded businesses and products are true to label and deserving of green energy finance?” According to her, green taxonomies play an important role.

“A taxonomy is a system for categorizing things based on their scientific characteristics. A green taxonomy specifies business activities that are low-emitting and environmentally sustainable, and therefore eligible for green finance.

In the energy space, this typically refers to renewables like solar, wind and geothermal. It also specifies the environmental criteria, such as emissions thresholds, that the activity must satisfy to qualify for the green label.”

She continues: “For banks and investors, a taxonomy provides the parameters for what they can and should invest in if they want to call it a green investment. Wanting certainty that they are investing in clean and sustainable technologies, they rely on taxonomies to guide them.

Therefore, a key role of green taxonomies is to efficiently channel and unlock new pools of capital towards proven, environmentally clean and sustainable assets, to address the global climate crisis.”

Ms. Ng argues that both Europe and China have developed a common ground taxonomy: a comparison exercise of their respective taxonomies to identify commonalities and differences. The European and Chinese approach is a counter measure to taxonomies tailored to national or regional contexts which in terms of methodology, metrics and technical criteria can differ significantly from market to market, leading to comparability issues for capital providers.

Within this debate, natural gas has become a key issue.   According to Ng in October 2021 the South Korean government added LNG to its near-final green taxonomy. Likewise, in November 2021, the European Commission signaled that the EU is considering a role for natural gas as part of its green taxonomy.  Other Asian markets have indicated similar intentions, meaning gas or LNG would qualify for green bonds and loans under these taxonomies.

Yet China, according to Ng, has indicated that its long-term policies exclude fossil fuel electricity projects, sending the right signals to the market. The precedent was set in 2015 when China’s first green taxonomy categorized “clean coal” as a green project as compared to low-quality thermal coal which would not have been “clean coal” inferring it would have been classified as dirty coal.  Accordingly, clean coal qualified for the issuance of green bonds.  This drew widespread criticism. No doubt the 2015 incident sent China a signal to take green more seriously.

In the short-term China has chosen natural gas as the fuel of choice. In 2020 China created PipeChina, an over-arching national gas pipeline company to rationalize and distribute natural gas on a country-wide basis. PipeChina is the most visible sign that China sees natural gas in the short term as a fuel of choice if it is to achieve its goal of CO2 neutrality by 2060 or earlier.

Another piece of the puzzle is international financial participation. Ng indicated that Yi Gang, the governor of the People’s Bank of China, …”stressed that government funding alone would not be sufficient for China to meet its net zero goals – forecast to require an estimated $22Trillion from 2021 to 2060 – and therefore, market participants must be encouraged to step in and fill the gap”.

In other words, multi-lateral funding will become a necessity. The Chinese approach is based on two premises:

(1) In the short-term natural gas as its fuel of choice; and

(2) In the long-term China is prepared to move towards cleaner, low carbon fuels including wind, solar and geothermal in order to achieve green financing.

(1)  Should the global consumption of natural gas should be seen as sustainable?

(2) If gas has a role in decarbonizing the economy, should it be seen as a green investment?

Ng concludes: “If gas-fired power is recognized as green, ESG-focused investors may find themselves inadvertently backing the high methane and carbon fuel and risk being accused of greenwashing. This in turn risks undermining investors’ trust and the purpose of green taxonomies.”

Two powerful groups have opposed the inclusion of natural gas in any taxonomy system:

(1.) The UN-backed Net-zero Asset Owner Alliance, which represents about $12Trillion of investment; and

That natural gas and LNG will enjoy a semi-legitimate green future can be seen from the deepening Russian-Ukraine crisis. In 2020 Europe consumed 379.9Bcm (Billion cubic meters) of gas, down from 469.6Bcm in 2019. Gazprom supplied Europe with 174.9Bcm in 2020, approximately 46% of Europe’s gas imports. 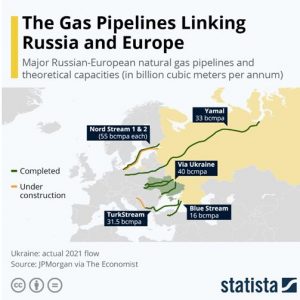 Historically Europe has always had a strong dependency on natural gas provided by Russia.  Will LNG shipments be a substitute for what the Russians cannot or will not deliver? Will LNG shipments from other global sources such as the Middle East provide the safe fuel alternative that Europe is requiring for the long- term?

The relationship between Russia and Europe dates back to the early 1960s. An important part of Europe’s energy crisis which is rarely discussed is the fact that Europe is financing Russia’s two-tiered gas system.  Europe is indirectly subsidizing the Russian consumer and paying for Gazprom’s investment costs needed to finance Gazprom’s investment programmes. Yulia Grama, Department of Diplomacy, National Chengchi University, Taiwan has estimated that Gazprom requires some $560-590Billion up to 2030 to invest in the Yamal Peninsula and other fields.  According to a recent Reuter’s report almost 70% of Gazprom’s gas revenue comes from Europe.

Three major fields—Yamburg, Urengoy and Medvezhye—make up 45% of Gazprom’s gas reserves. These fields are mature and have been in operation since the late 1960s and early 1970s. These fields need further development since there is a strong need to ensure a strong gas reserve base. Perhaps a more immediate question is whether these fields have seen their apex and are on final decline? If so the urgency for Europe to look elsewhere for natural gas sources is critical.

The price of oil has ramped up to over $90.00 per barrel as the world worries about energy shortages.  The Russia – China energy relationship is becoming very important.  Gazprom exports 38Bcm yearly to China.  However, with China’s voracious and ever-increasing need for gas, Gazprom recently announced that the exports to China will be increased by almost 30% to 48Bcm per year.  As Russia’s oil and gas fields mature, industry analysts are questioning how long Russia can keep providing Europe and China with huge amounts of gas.  When will the decline begin?

In the short-term what is evident is that in spite of the green bluster from the European Union, natural gas will be considered green regardless from where it is sourced.

Taxonomy also has an important African chapter. Europe will in the future come to rely on African countries to help them secure a greater diversity of gas and LNG supplies. This includes:

If Africa is to provide Europe an increased diversity of supply the continent must also guarantee a high security of supply.

The West African Gas Pipeline Company Limited (WAPCo) is a natural gas pipeline which supplies gas from Nigeria’s Escravos region in the Niger Delta to industrial and residential gas consumers in Benin, Togo and Ghana.  This pipeline has had a somewhat spotty record in terms of being able to deliver natural gas.

If Africa does develop closer energy links with Europe, the Europeans will have some explaining to do so that Africa can hopefully understand the rules of engagement concerning Europe’s taxonomy policies. The longer the Russian-Ukraine energy crisis persists the more chance that African natural gas and LNG will be seen as green.

The Chinese, in turn, can take heart and be assured that in the short-term their natural gas and LNG imports will be given a green stamp. And be further assured that they have a favorite position staked out to develop a future low-carbon world.

Certainly, the last word has not been spoken over green taxonomy, and the scope and strategy that will follow. Green taxonomy could perhaps usher in an era of green surprises. Certainly the world is currently scrambling for gas and LNG due to supply deficits and the Russia – Ukraine crisis. This is resulting that green has become intimately associated with LNG and natural gas.

Gerard Kreeft, BA (Calvin University, Grand Rapids, USA) and MA (Carleton University, Ottawa, Canada), Energy Transition Adviser, was founder and owner of EnergyWise.  He has managed and implemented energy conferences, seminars and university master classes in Alaska, Angola, Brazil, Canada, India, Libya, Kazakhstan, Russia and throughout Europe.  Kreeft has Dutch and Canadian citizenship and resides in the Netherlands.  He writes on a regular basis for Africa Oil + Gas Report and contributes to the International Institute for Economics and Financial Analysis.