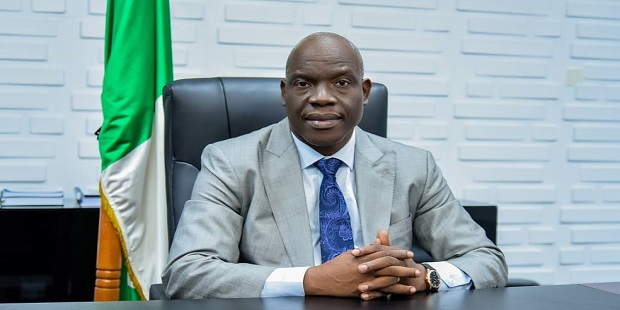 Six months after the signing into law Nigeria’s Petroleum Industry Act (PIA), a set of public hearings is being planned for the regulations through which the law will be implemented.

The other regulatory body formed by the PIA is the Nigerian Midstream and Downstream Petroleum Regulatory Authority (NMDPRA).

Komolafe explains: “Here at NUPRC, the staff and management have been going through the draft regulations. The PIA provides robustly for Abandonment, Host Community, Award of Acreages and others”. He says the “PIA has dealt with all these but how do we go about giving effect to these provisions? I have been working with key staff on these”.

The Commission, meanwhile, has advertised a notice of consultation with stakeholders on regulations development in compliance with section 216 of the PIA. The notice, it says on its website, invites inputs from the lessees, licensees, permit holders, Host Communities, and other Stakeholders in the Nigerian upstream petroleum sector, by March 18, 2022.

“I told my staff I am a process person. I believe in the rule of law. Informed by my background as both an engineer and lawyer, I know I should be committed to the process”, Komolafe told Africa Oil+Gas Report, in the first exclusive interview he would grant to any media organization since his appointment in September 2021. It was a very brief conversation, in which he parried some of the questions, the most crucial of which was around the status update of the awards of licences for the marginal field bid round. By the NUPRC’s own admission, 119 companies have fully paid the signature bonuses, out of 161 potential awardees. Several of the 119 entities have concluded the required formation of Special Purpose Vehicles (SPVs) to operate the fields and have for months been waiting for grant of licences, without which many of them can neither raise funding nor engage the operators of the acreages in which the marginal fields are, for  agreements leading to work programmes.   Mr. Komolafe simply reiterates assurances of his commitment to due process. “I am both a fellow of the Nigerian Society of Engineers as well as a member of the Nigerian Bar Association”, he testifies.

Komolafe, 58, has operated at very high levels in the public sector of the Nigerian oil industry (downstream) in the last 20 years. He was once the Group General Manager, Crude Oil Marketing Division of the NNPC, Group General Manager Special Duties (NNPC)  and pioneer Managing Director of the Nigerian Pipeline and Storage Company, a subsidiary of the NNPC.

In the interview published in the e-version of the February 2022 edition of Africa Oil+Gas Report, (release date March 6, 2022),  Komolafe declared that he had a clear vision, anchored on the law, for the Commission he heads: “It is better you have a regulator that abides with the rule of law than to have a genus as a regulator. If you have a judge in court and he decides to rule on the basis of his ingenuity, then it becomes a ground for appeal. If h you have such a judge he is a problem judge; he would be abusive discretionary. I am going to ensure that our rules and processes give effect to the law”.

But he also let pass a number of questions, including the status of the licences for those companies who have fulfilled all the conditions of the marginal field award, up to creation of Special Purpose Vehicle (SPVs). The interview with Mr. Komolafe is part of the series of interviews the Africa Oil+Gas Report is having with C-SUITE Executives in the African Hydrocarbon Industry.