TOTAL Announces a Significant Discovery in Namibia, Unlike Shell 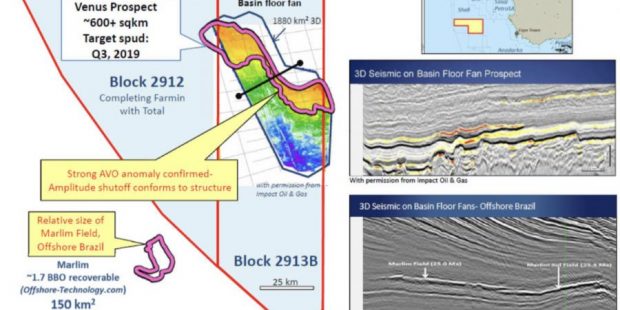 TOTALEnergies has announced that it made a significant discovery of light oil with associated gas on the Venus prospect, located in Block 2913B in the Orange Basin, offshore southern Namibia.

TOTALEnergies commenced drilling Venus-1 almost around the same time that Shell spudded Graff-1, on the same basin, in adjacent blocks.

TOTALEnergies’ decision to announce the results of its find differs remarkably from Shell’s preference for silence on its own drilling.

Whereas there were heavy speculations about the result of Graff-1, the UK major has not made any statement about the drilling update, let alone indicate hydrocarbon footage the way its French counterpart has done. What the public knows about the so-called success of Graff-1 derived from a statement by Namcor, Namibia’s state hydrocarbon firm, which uses the word significant, but provides no context.

TOTALEnergies concludes its statement: “A comprehensive coring and logging program has been completed. This will enable the preparation of appraisal operations designed to assess the commerciality of this discovery.”