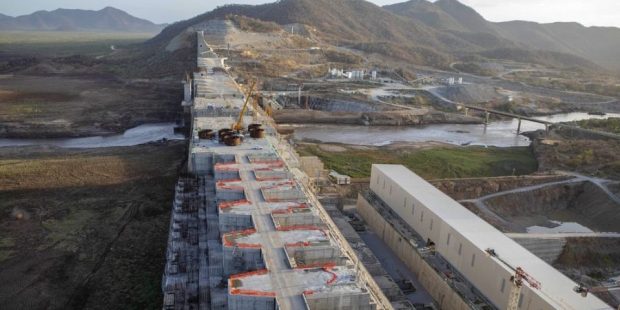 By Okot Njoroge, in Nairobi

The plant, sited on the Blue Nile River in the Benishangul-Gumuzregion of western Ethiopia, started generating 375 megawatts of electricity from one of its turbines on February 20, 2022.

Estimated to cost anything from $4Billion to $6.4Billion at full completion, it is largely financed by government bonds.

An influential, strident critic of the project is Egypt, which considers GERD as a significant threat to its water supply. Egypt lies downstream of the Nile and has called on international organizations, including the United Nations, to stop Ethiopia from filling the dam while the three countries most affected: Egypt, Sudan, and Ethiopia, agree on how to fill it. Egypt’s President, Abdel Fattah El Sisi, has frequently declared that his country’s national security is a red line and stressed the need to reach a binding agreement on the filling and operation of the dam.