ENI Says It Can Replace Some Russian Gas with African Supplies 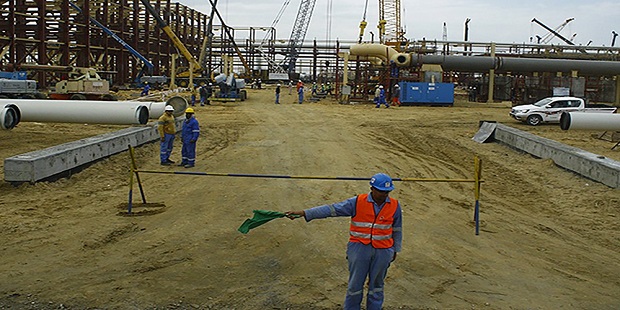 The Italian major ENI has reported that it could reduce its reliance on Russian gas to some extent with supply from its African assets.

Russia supplies approximately 20Billion cubic metres (or 706Billon cubic feet) on annual basis to ENI, the company said in an investor update. That comes to roughly 2Billion cubic feet of gas per day. ENI is under pressure to reduce its receipt of gas from Russia, given that country’s military campaign in Ukraine.

ENI said: “In case of reduction of Russian supply, ENI can leverage on the expansion of its equity gas production mainly in North Africa and West Africa as alternative supply sources”.

ENI has huge gas assets in Egypt, but most of the output is used to satiate the population’s voracious appetite for natural gas: Egypt consumed close to 7Billion standard cubic feet per day last year, with a large proportion of it used as feedstock for its electricity generation of 55,000MW capacity.

ENI also has a relatively large output in Nigeria; on an operated basis it produces around 700Million standard cubic feet per day in the country (of which it has only 20% share) and holds a 5% stake in Shell operated 19 oil mining leases in Nigeria, many of which are gas prone.

In Congo Brazzaville, ENI has sanctioned two modular Liquefied Natural Gas (LNG) plants, but the volume (2Million Tonnes Per Annum) is too minuscule to be considered as part of alternatives to Russian supply.

ENI’s gas production in Ghana is also maxed out: the 180MMscf/d output from the Sankofa-Gye Nyame field is dedicated to the country’s domestic market.

In Cote D’Ivoire, ENI has sanctioned  fast-track development of a recently discovered, elephant sized deepwater hydrocarbon accumulation. The proportion of gas in the pool has not been disclosed.

Other European energy firms have announced exits from Russia since the hostilities began. Shell said it will pull out of Russia entirely, suspending the purchase of Russian crude oil and phasing out involvement in Russian hydrocarbons extending from oil to LNG. The company had already said it would exit its JVs with Russian state-owned gas producer Gazprom. BP also announced it would stop buying Russian energy after last week cutting ties with Rosneft.

ENI said in the investor update that it was responding to “numerous requests over the course of the past few days”.

Gas is flowing normally from Russia as per contracted volume