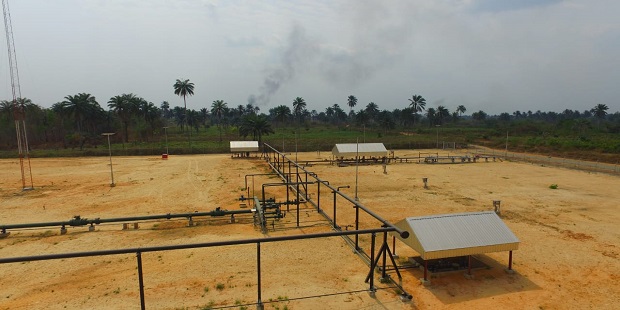 The completion of the western arm of the OB-3 gas trunkline enabled the coming to being of the 300MMscf/d Kwale Gas Gathering (KGG) facility on Oil Mining Lease (OML) 56, Africa Oil+Gas Report has learned.

Prior to the completion of that arm of OB-3, most of the gas produced in marginal fields in the so called mid-west cluster (including Umusadege, operated by Midwestern Oil&Gas; Ebendo, operated by Energia;  Umuseti, operated by Pillar Oil and Matsogo, operated by Chorus Energy) were stranded, because the closest manifold to the cluster was the Eriemu manifold, which is 55Km from the cluster.

With the OB-3 running much closer to the cluster, the gas from these fields can be pumped into the OB-3, after being collected, processed and or metred at the KGG hub, which has been tied-in to the NGC-owned and operated 48-inch OB-3 gas trunk line.

It should be noted that the eastern arm of the OB3 is not yet completed and the entire project, under construction by the NNPC for the past 12 years, is struggling in the finishing line. But that is not the focus of this article.

The KGG was built by Nedogas Development Company Limited (NDCL), a joint venture company between Xenergi Limited and the Nigerian Content Development Monitoring Board (NCDMB), in partnership with the Nigerian Gas Company (NGC), a subsidiary of the NNPC.

It is designed to handle stranded gas resources in the cluster by providing the opportunity for independent operators in the area to monetize natural gas from their fields through the gas gathering, compression, injection and metering infrastructure of the KGG for quick access to market.

The KGG is now fully commissioned with an initial 30MMscfd of pipeline quality gas currently being injected into it from the Nedogas Plant, located 3km away in Energia’s Ebendo field. Plan is ongoing to ramp that up to 50-60MMsf/d. Other cluster producers are progressing projects to connect to the hub. The first one is gas from Chorus Energy’s Matsogo field, planned for Q2, 2022.

In addition to the cluser producers, who are all located in OML 56,  First Hydrocarbon Nigeria (FHN), whose asset, OML 26 is nearby, is progressing plans to bring its gas to the KGG.