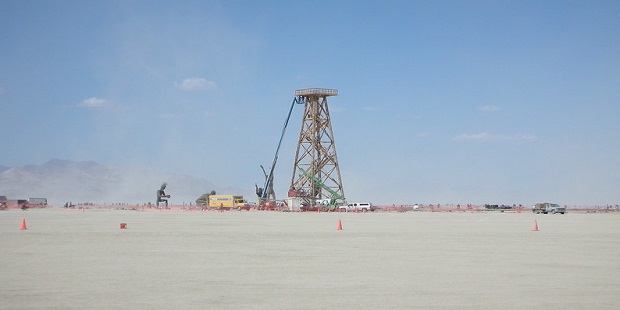 Italian explorer ENI has announced that Sonatrach, the Algerian state hydrocarbon company, and itself have encountered a significant oil and associated gas accumulation in the Zemlet el Arbi concession, located in the Berkine North Basin in the Algerian desert.

The concession is operated by a joint venture between ENI (49%), and Sonatrach (51%). Preliminary estimates of the size of the discovery are around 140 million barrels of oil in place.

The exploratory well that led to the discovery has been drilled on the HDLE exploration prospect, located about 15 Km from the processing facilities of Bir Rebaa North field. “HDLE-1 discovered light oil in the Triassic sandstones of Tagi Formation, confirming 26 metres of net pay with excellent petrophysical characteristics. During the production test, the well delivered 7,000 barrels of oil per day and 5MMscf/d of associated gas”, ENI declares in the announcement. “The HDLE-1 well is the first well of the new exploration campaign which will include the drilling of 5 wells in the Berkine North Basin”.

The company says “the discovery will be quickly appraised with the drilling of a second well, HDLE-2, in April 2022 to confirm the additional potential of the structure extending in the adjacent Sif Fatima 2 concession operated by an ENI-Sonatrach JV (50-50%)”.

In parallel with the appraisal programme, ENI and Sonatrach will perform studies and analyses to accelerate the production phase of the new discovery through a fast-tracked development with start-up foreseen in Q3 2022.

ENI holds equity production in Algeria of about 95.000 BOEPD and it claims to be the most important international company operating in the country.