NDEP Wishes for Full Domestication of Hydrocarbon Consumption in Nigeria 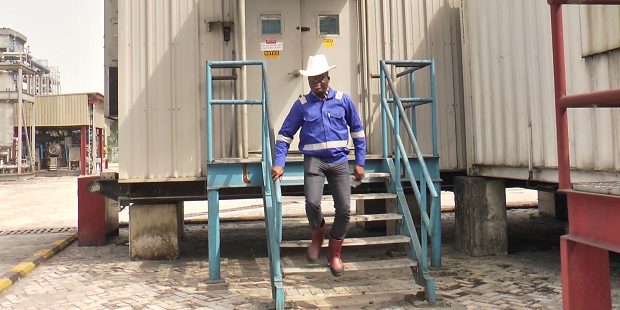 That wish is to domesticate the consumption of the resources in the country.

Nigeria exports over 90% of its 1.3-1.5Million barrels per day crude oil output and 76% of its marketed 4.3Billion cubic feet per day natural gas production.

“We know that the window that we have for the upstream (oil producing) part is limited”, Gbite Falade, the company’s Chief Executive Officer, told Africa Oil+Gas Report. “We are all aware of the debilitating impact of just extracting fossil fuel alone and we recognize that, ultimately, when you just produce the raw hydrocarbon resources and hand it off to somebody to process it and then you buy it, there is a destruction of value”.

He speaks primarily for NDEP, of course. “Part of our long-term play remains the downstream. Today, we have started that long term play with the downstream refined product. There is even going to be further downstream play in the gas sector and this is about the finished product that you can readily access in the domestic market”.

Falade admits that even for a company like his, whose main asset is a marginal field (the Ogbele field, in the eastern Nigeria), pushing the domestication agenda means walking a tight rope.

NDEP runs one of the country’s two fully functional refineries, both of which, at most, utilize 16,000BOPD.

And whereas there’s a growing queue of large and small crude oil refineries under construction in the country, the enthusiasm for installing even mid-sized gas processing plants is low.  Here, NDEP is an exception. It is in the process of adding 300Million standard cubic feet per day (300MMscf/d) plant capacity to its base 100MMscf/d facility. In Nigeria, where gas sales agreements of 50MMscf/d routinely call for effusive, national media attention, the construction of a 300MMscf/d gas processing plant is big deal.

“The upstream is our starting point. The upstream holds the attraction of value generation and revenue generation that helps to jumpstart the other sectors”, Falade explains. “We are in a phase now where the upstream is the sector that is carrying the midstream and the downstream. What we are doing is evolving our own transition and pivoting to where, without holding down the contribution from the upstream oil, we are doubling down on our gas train sector to where we transition from oil carrying gas but gas carrying oil. We see the longer-term impact and sustainability of gas because it is less intense in terms of carbon footprint but more importantly, when you are looking for ways of jumpstarting the domestic economy, gas has that attraction much more than oil. We see the longer-term relevance of gas and all we are doing now is harnessing the value that we are creating from the upstream to really expand our gas business”.

Crude oil prices have soared well above the $100 a barrel so Nigerian upstream production companies -those who produce optimally without challenges of evacuation-are doing well.

Falade says that a key reason why investors have been very shy of taking decision in downstream refining “is the fact that it is a regulated play and without a clarity around government decision and commitment to release the rein of control especially on pricing, anybody making investment in the downstream was taking a gamble. But government will have to take its leg off the control pad because the hole that is being burnt in our pocket as a nation as a consequence of subsidy, is totally not sustainable. Besides, anybody that has been long about in this industry will recognize the cyclical nature of crude pricing and what your refinery offers you as an upstream producer is a natural hedge against that boom & bust pattern of oil price. Yes, your margins may be well contained when prices are great and if you are typical upstream man, you wouldn’t want to go near the refinery.

“But when you get to those low moments when you are speaking about $30-$40 per barrel, then your refinery helps you to get more value that you otherwise would not have gotten if you stayed strictly as an upstream player. So it is diversification strategy if pursued with care. If handled responsibly, it can be profitable. There will be moments and instances where it is not but for a company like ours, we don’t play on the short term; we take a long term view”.

In spite of the allure of uncomplicated profit taking that full export of crude oil brings, at over a $100 per barrel, Falade remarks: “Our dream is one of full integration where we are able to deploy world class methods for extraction, but we are going to hand it off to a point where we domesticate the consumption of hydrocarbon reserves as much as possible in this country. That is really where the downstream refinery comes in. So, we will continue to maximize the limited window that we have in the upstream to continue to expand ourselves”.