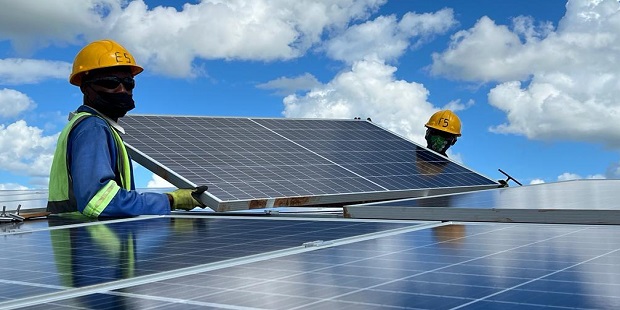 Mozambique has inaugurated a solar power plant, the largest of its kind in the country, at Metoro, in the northern province of Cabo Delgado

Cabo Delgado is the region with the Rovuma Basin off its coast. The basin holds over 100Trillion cubic feet of gas (proven).

“The Metoro Solar Plant Project is part of the Government’s plan to increase production capacity and diversify energy sources in the country, in general, and in the northern region, in particular, with the aim of ensuring quality energy in Cabo Delgado province,” a government statement reads.

Work began in 2020 on building the plant, which consists of 125,000 panels manufactured in China. It has a capacity of 41 Megawatts and is to inject 69 gigawatt hours per year into the grid managed by state electricity company Electricidade de Moçambique (EDM).

The project has a budget equivalent to €47.3Million and is the result of a partnership between EDM, with a 25% stake, and France’s Neon, with 75%.

The project was financed by the French Development Agency (AFD), with a loan of $40Million (€34 Million), with the remainder coming from Mozambique’s government. After 25 years of operation, the infrastructure will pass into the hands of EDM.