Mergers and Acquisitions Activity on the rise in Africa 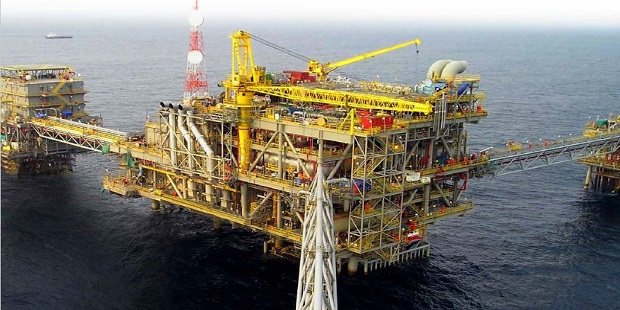 Several such transactions have occurred since 2020

The events of the past two years have accelerated mergers & acquisitions trends in Africa, and 2022 is already witnessing increased deals activity. The continent has now positioned itself as a driver of oil & gas deals, with several transformational transactions already announced over the past six months. In fact, the proposed acquisition of Mobil Producing Nigeria by Seplat Energy in February remains, so far, the biggest acquisition in the industry globally this year.

However, and while deal-making is on the rise, acquisition strategies and targets vary from one region to another.

Higher oil prices since 2021 have further unlocked the African M&A market, especially for well-established operators and asset owners. However, companies remain highly cautious in their spending given continued market uncertainty and a focus on shareholder returns.

This is translating into consolidation around key producing assets for companies seeking to maximise the value earned from blocks or fields they are already familiar with. Examples include VAALCO Energy’s acquisition of Sasol Gabon’s participation in Etame Marin, or Kosmos Energy, Tullow Oil and PetroSA’s acquisition of Occidental Petroleum’s interests in the Jubilee and TEN fields offshore Ghana. All these assets are producing and witnessing fresh drilling campaigns that will boost output this year, making them ideal targets given current market conditions.

A focus on brownfield assets in West and Central Africa

In the mature petroleum provinces of West and Central Africa, deals are focused on brownfield opportunities. These include both producing fields with strong upside potential, or appraisal and near-producing assets where barrels can be produced and exported in a short timeframe with capex.

Several such transactions have occurred since 2020, including small and mid-sized acquisitions by Perenco in Gabon and the DRC, by Panoro Energy in Gabon and Equatorial Guinea, or by Decklar Resources and San Leon Energy in Nigeria.

Brownfield assets are also the ones attracting the biggest M&As by far. At the end of last year, Savannah Energy announced its acquisition of the entire upstream and midstream asset portfolio of ExxonMobil and PETRONAS in both Chad and Cameroon. The deals were valued at some $626m, making them amongst the biggest in the region.

Earlier this year, Seplat Energy also announced its proposed cash acquisition of Mobil Producing Nigeria for $1.283Billion (plus up to $300Million contingent consideration), in what remains so far the biggest deal of the year globally.

Both Savannah Energy and Seplat Energy’s acquisitions are in fact so significant that they constitute Reverse Takeover transactions pursuant to the UK listing rules.

Within the region, Nigeria will continue to drive M&A activity, first because of continued divestments by IOCs but also because of the size of its proven reserves. Shell’s divestment from its entire JV portfolio in the country will be a natural driver, with a 30% interest in 19 oil mining leases (OMLs) onshore and in shallow water up for grab. But beyond IOCs’ assets, Nigeria holds Africa’s most attractive brownfield opportunities with well-established reserves waiting to be developed by investors, providing they are willing to take on the above-the-ground risks.

A Focus on play opening assets in Southern Africa

While risk appetite for new assets in West and Central Africa is relatively low, it is considerably higher in frontier basins in Southern Africa. This is particularly the case in Angola (Namibe and Kwanza Basins), Namibia (Kavango, Walvis Bay, and Orange Basins), and South Africa (Orange Basin), but also in Zimbabwe (Cabora Bassa Basin).

While Angola is one of the oldest-producing markets on the continent, substantive reforms since 2017 have successfully brought back investors into the country’s producing and exploration blocks.

In fact, Angola is one of the very few oil producing markets that is supporting M&A activity in exploration assets. Such deals are notably driven by Sonangol’s partial divestment process, which has already attracted the interests of Afentra in Block 23 (Kwanza Basin) and of the consortium of Angolan independent Somoil and British independent Sirius Petroleum in Block 27 (Namibe Basin).

Further south, Namibia and South Africa have become exploration hotspots and are both driving significant M&A activity now. This is especially the case within the Orange Basin, where both Shell and TotalEnergies have announced world-class discoveries this year.

In January, Eco (Atlantic) Oil & Gas acquired Azinam in a bid to enter Blocks 3B/4B and Block 2B within the Orange Basin offshore South Africa, and to consolidate its interests in its four existing licenses within the Walvis Basin offshore Namibia.

The rise of the independents

2022 will only entrench the rise of established and new independents across the continent as they continue to top the list of buyers.

In Nigeria, established independents who are familiar with the country’s business and risk environment already seek to grow their portfolio and take on some of the IOCs’ assets. While access to capital will be a challenge for many of them, the market has already seen two deals worth over $1bn each in 2021 and 2022. But Nigeria is not just a billion-dollar deals market and holds significant potential for smaller and less risky ventures relying on risk service agreements such as FTSAs or RFTSAs around near-producing assets with existing discovery wells and established infrastructure.

In Central Africa, Perenco has demonstrated a business model that many seek to follow as they take on the region’s mature fields and redevelop them more efficiently. Equatorial Guinea, Cameroon, Gabon, and Congo host a growing series of independents that could increasingly make a difference as these markets seek to encourage exploration around producing hubs and boost output.

Finally, Southern Africa is steadily imposing itself on the table of many buyers as the region offers the right mix of producing assets, exploration blocks in frontier basins, and a supportive business environment. These factors are providing fertile grounds for a new generation of local and international independents set to shape the region’s energy landscape this decade.