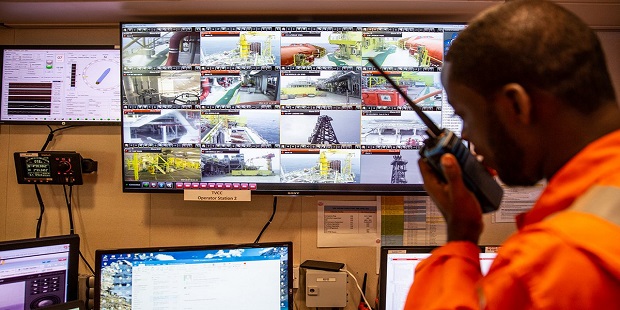 Claudio Descalzi, Chief Executive Officer of the Italian major ENI, was in Algiers, in Algeria, over the weekend, meeting with Prime Minister Aymen Benabderrahmane; Minister of Energy, Mohamed Arkab and Sonatrach CEO, Toufik Hakkar, to define, among other things “further opportunities for supplying gas to Italy”.

Since the security of supply of gas to Europe became unbearably challenged by Russia’s invasion of Ukraine, ENI has played the role of the champion of alternative supply from the African front.

The company has scraped together some calculations of its African gas resources: Its Coral South Floating LNG in Mozambique, close to first cargo; its planned LNG project in Congo Brazaville; the possibility of increasing gas export from out of Egypt; its fast track of the new Ivorian discovery and even a participation in an Angolan gas output initiative.

In Algiers over the last weekend, (April 2, 2022), Descalzi discussed with Algerian authorities “the issue of gas supply and reviewed the short- and medium-term initiatives underway to increase supplies through the TransMed / Enrico Mattei gas pipeline”.

Descalzi’s business diplomacy in Algiers, to encourage Algerian authorities to prioritize ENI’s planned and ongoing gas export projects, mirrors his meeting, in Cairo, last Thursday (March 31, 2022), with the Egyptian President Abdel Fattah el-Sisi and the country’s petroleum minister Tarek El-Molla, at which “the main issues were the production of natural gas and LNG exports, areas in which Egypt has acquired a central role in the Mediterranean since ENI’s discovery of Zohr”.

ENI says that the meeting in Algiers was also “an opportunity to confirm the will to accelerate the development of new oil and gas projects in the area of the Berkine South contract, which entered into force on 6 March”. The project includes the fast-track construction of a new oil and gas development hub in the region, leveraging synergies with the existing MLE-CAFC assets (Block 405b)”.