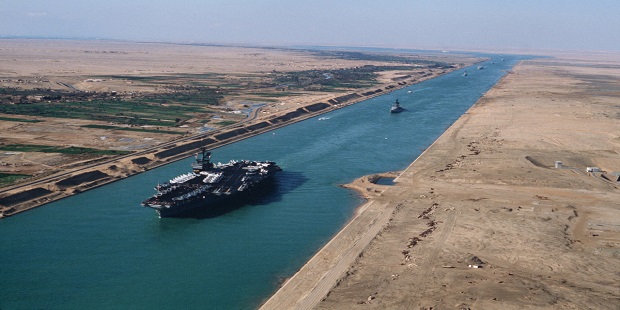 Egypt’s Suez Canal Authority has reported a 20% increase in US Dollar revenues in the first quarter of 2022, compared with the corresponding period in 2021.

“The channel’s revenues recorded $1.69Billion , compared with $ 1.409Billion during the same period of the same period a year ago”, according to  Osama Rabee, Chairman of the board of the  Suez Channel Authority.

“Naval reports saw a significant increase in the passage rates of different ship types compared to last year’s period, where the numbers of cast ships rose 29.1%”, Mr. Rabee reports. “Channel transcontainer ships increased by 17%, with an increase of 27.2% in car racks ships; Tourist ships doubled in number; public goods ships recorded an increase of 18.1% and transporters increased by 6.5%”.

Observing that the Canal has not been negatively affected by the Russian /Ukrainian crisis, Rabee said 5,303 ships crossed over versus 4,581 ships the same period last year, with a difference of 722 ships, an increase of 15.8%, and the trans-channel cargo increased by 7.4% with net cargo recorded during the first quarter of the current year being 313.3Million Tonnes, compared with 291.7Million Tonnes.

The rise of the number of ships crossing the channel over the period “clearly reflected the recovery seen in the maritime transport market, and the significant growth in the global trade movement”, Rabee notes, adding that the authority is prepared to deal with the various challenges facing the maritime transport market by adopting a package of flexible marketing policies that can keep up with market variables and consider customer interests”.

« Shipping and Logistics Opportunities in Africa’s Oil and Gas Industries