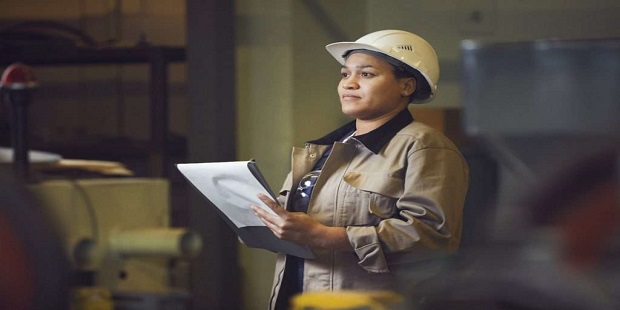 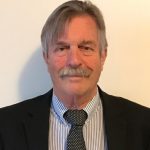 Since the 1960s Namibia was viewed as a graveyard for oil and gas explorers.

Except for the modest-size Kudu gas field, discovered in 1974, there was nothing but dry holes.

In the last two years, however, approximately 5Billion barrels of oil and gas equivalent resources have been discovered.  Sixty years after those early years of exploration, the sun is finally beginning to shine on Namibia.

Namibia’s oil renaissance began in 2021 when Canadian explorer ReconAfrica drilled two stratigraphic test wells onshore northern Namibia.  These confirmed that a very large, previously unregarded sedimentary basin, called the Kavango Basin, exists beneath the sands of the Kalahari Desert.  This basin is also called the Owambo (Etosha) Basin. The 6-1 well intersected over 300 metres of oil and gas shows and 200 metres of oil and gas shows was intersected by the 6-2 well.  The two wells were drilled to provide stratigraphic, sedimentological, reservoir and geochemical information.  Although the data in both wells was very positive, neither 6-1 nor 6-2 was tested since they were designed to be only stratigraphic wells.  The license area is very large consisting of 25,500 square kilometers (8.5Million acres) and it covers most of the Kavango Basin.   ReconAfrica has a 90% working interest in the license and 10% is held by NAMCOR, the national oil company of Namibia.

On April 4,2022,  ReconAfrica announced that three exploration wells will be drilled in the second half of 2022.  The primary zone to be explored is a Permian-age Karoo rift fill sequence of sediments.  Based on the two stratigraphic wells and recently acquired high-resolution seismic, the basin is now viewed as highly prospective for conventional light oil and gas.  The company believes that the drilling and seismic data interpretations have established a rift basin similar to other major oil and gas producing basins in the world including the North Sea.  ReconAfrica has indicated that if the oil and gas production is achieved, it will be a conventional onshore producing operation and will not require hydraulic fracturing.  The company and Namibia’s government are commited to minimize the environmental footprint in this environmentally and culturally sensitive area. 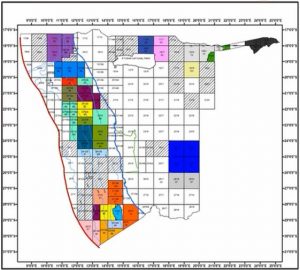 In January of 2022, a swirl of rumours emerged to the effect  that Shell had made a mega-oil discovery in the Graff-1 exploration well in the deepwater of Namibia’s segment of the Orange Basin.  Graff-1 was drilled in 1,962 metres of water to a depth of 5,376 metres.  Shell confirmed the news on February 7 and oil industry analytical companies such as Wood Mackenzie estimated that the Graff field has recoverable resources of 700Million barrels of light oil.  The reservoirs are Early Cretaceous (Cenomanian) sandstones.  Shell is now drilling the La Rona appraisal well which is aggressively positioned since it is a long-distance step-out well located eight kilometres (8 km) northeast of the discovery.   Namibian government sources recently indicated that La Rona is “looking good”.   According to the ongoing rumour mill, the results of La Rona are so positive it is raising expectations that Graff could contain 1Billion barrels of oil recoverable and up to 6Trillion cubic feet of gas.   Accordingly, on a 6Mcf gas to 1barrel-oil-equivalency, Graaf may have recoverable resources of 2Billion barrels of oil equivalent (2BBOE).

Shell is operator with a 45% working interest and partners include Qatar Energy with 45% and NAMCOR with 10%.  For oil industry observers and analysts, the magnitude of the play-opening Graff discovery is truly amazing. There are now speculations that Shell is already giving thought to utilizing at least one floating LNG (liquified natural gas) vessel to produce the gas and an FPSO (floating production, storage and offloading vessel) to produce the oil. 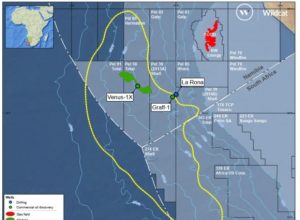 Two weeks after Shell’s announcement about Graff-1, TOTALEnergies announced on February 24 that the Venus-1X deepwater exploration well, drilled in Block 2913B, had intersected 84 metres of net pay in a high-quality Lower Cretaceous sandstone reservoir containing light oil and associated gas.  The well was drilled in 2,900 metres of water to a total depth of 6,296 metres.   Wood Mackenzie is reported in various oil industry publications as saying that Venus may hold recoverable oil resources of about 3Billion barrels of oil, which positions it as Sub-Sahara Africa’s largest ever oil discovery.  If these estimates are confirmed by drilling, then Venus is larger than any of Nigeria’s giants: Agbami, Akpo and Egina fields, as well as Angola’s Girassol and Dalia oil fields.  TOTALEnergies is operator of Venus-1X with a 40% working interest and the partners include Qatar Energy 30%, Impact Oil & Gas 20% and NAMCOR with 10%.

In view of the possible large extent of the Venus discovery, the field may eventually be produced through several FPSOs.To the great surprise of long-term observers of Namibian oil and gas, in the next decade Namibia could become Sub-Sahara’s third largest oil producer after Nigeria and Angola.  The combination of the Graff and Venus discoveries amounts to an almost unimaginable 5Billion barrels of recoverable oil and gas equivalent resources.  The Graff and Venus discoveries, together with the speculated encouraging La Rona step-out well, confirm the enormous potential of the Orange Basin, in both Namibia and South Africa, as an emerging hydrocarbon province.

Where Does This Leave Kudu?

For years oil companies along with Namibia’s energy officials wrestled with trying to construct a commercially-viable operation out of the Kudu gas field. A key problem is that the field’s contingent resources of 1.4Trillion cubic feet of gas are relatively modest.  Eight wells have delineated the Kudu gas reservoir.  However, it is neither a simple continuous marine sheet sand nor does it consist of attractive turbidity basin floor fan sands.  Rather the reservoir consists of Triassic-age aeolian (desert) sands interbedded with volcanics, mainly basalts.  Kudu is 130 kilometres from the shore and the water depth is 170 metres which is operationally manageable.  Operational challenges are that the reservoir is deep at 4,500 metres and the seas in the Kudu area can be very rough.

Namibia’s government has always viewed Kudu as a nationally important project for the country. The plan was to have Kudu’s gas pipelined to a proposed 800-megawatt gas-to-power electricity plant to be built near Oranjemund.  Namibia suffers from an electricity deficit, with diesel generators currently providing 30% of the country’s grid-connected supply.  Gas from Kudu would have replaced the high-cost diesel-burning generators.  A dilemma was that there would have been too much electricity generated from Kudu to be consumed by Namibia’s small population of only 2.5 million people.  Much of the population consists of subsistence farmers whose energy consumption is minimal.  Excess electricity would need to have been exported to electricity-deficient neighbouring countries like Zambia and South Africa which are faced with looming electricity shortages.  Indeed, the overall region suffers from energy poverty.

Since its discovery by Chevron in 1974, development of Kudu has been bogged down by issues related to reserves, commerciality, and ongoing negotiations with neighbouring countries.

However, the Kudu project may be finally moving.  Oslo, Norway-based BW Energy is operator of the project with a 95% interest and NAMCOR has 5%.  BW Energy is also involved in oil production offshore Gabon and Brazil.  The company has negotiated the purchase of a semi-submersible drilling rig that is set to be the hub of the gas-to-power project.  The acquisition is part of a revamped development which could have BW Energy also involved in the power generation aspects of the project.  Recent indications from the Namibian government are that Kudu will likely receive government approval in 2023.

Nevertheless, the totally unexpected mega-oil and gas discoveries by Shell and TOTALEnergies have completely up-ended the government’s views on Kudu.  In a recent industry seminar, Namibian government officials explained that Kudu must now be viewed in context of the huge oil and gas discoveries made in Graff and Venus.  A wholistic Orange Basin gas development “road map” must be developed.  Indeed, gas from the Graff field could be pipelined to Kudu and contribute as feedstock for the powerplant at Oranjemund.  With the gas suddenly found in Graff and Venus, Kudu could now be much more commercially viable.  Basin-wide scenarios must be considered including exporting gas from the Orange Basin as LNG to gas-hungry markets in Europe and Asia.

Oil discoveries like Graff and Venus, if proven to development threshold, can be the catalyst to unlock the gas potential of projects like Kudu.  This has been the model in West Africa for decades where oil discoveries were developed first and then gas discoveries were developed thereafter.  Fast tracking of oil developments led the commercialisation of the gas.  Nigeria’s Bonny LNG project would not have happened without the initial oil developments.  The same model applies to Angola’s Soyo LNG project and also to the smaller LNG projects in Equatorial Guinea and Cameroon.  In every case oil is first and then followed by gas.  A well worn and proven path that works.

The Namibian government wants Shell and TOTALEnergies to fast-track the Graff and Venus oil discoveries.  IHS Markit hosted CERAWeek in Houston, Texas on March 7 – 11, 2022.  Namibia’s Minister of Mines and Energy, Tom Alweendo in a keynote speech said that the Namibian government wants the oil discoveries to benefit the Namibian people.  He wants all Namibians to have access to affordable and reliable electricity.  Due to Namibia’s abundant wind and solar, he believes the country will also become a regional hub for green energy.  Consideration will also need to be given for Namibia to eventually export green and gray hydrogen to markets worldwide.

Despite Namibia’s mineral resources and tourist industry, Namibia is not a rich country.  It has a per capita income in 2020 of only $4,200 per person compared to the USA’s $63,500.  Life expectancy in Namibia is 63 years compared to 83 years for Canadians.   The revenue and employment opportunities created by oil and gas production, if properly managed, will be hugely beneficial for Namibia.

On February 24, 2022 Russia invaded Ukraine.  This has much accelerated the world’s need for stable and secure supplies of oil and gas.  The discoveries in Namibia could help alleviate global shortages.

All indications are that the oil and gas discoveries of the past two years will be transformational for Namibia’s economy and people.

Tako Koning is a Calgary, Canada based energy consultant who lived and worked in Angola for twenty years from 1995 to 2015.  He also lived and worked in Nigeria from 1992 to 1995 as assistant managing director for Texaco. He is a graduate from the University of Alberta in 1971 with a B.Sc. in geology and also graduated from the University of Calgary with a B.A. in Economics.  He is a registered professional geologist with the Association of Professional Engineers and Geoscientists of Alberta (APEGA).  In Angola, Koning was employed by Texaco, Tullow Oil and the British/American consulting firm of Gaffney Cline & Associates.  He has been on the International Advisory Board of Africa Oil + Gas Report since its inception in 2001.  In 1994, Koning was awarded Honorary Life Membership by the Nigerian Association of Petroleum Explorationists (NAPE) for his work with Nigerian university students including visiting universities and giving lectures on petroleum geology, resource economics and geopolitics.