Selai: LPG Retail Can Be Vehicle for Community Improvement 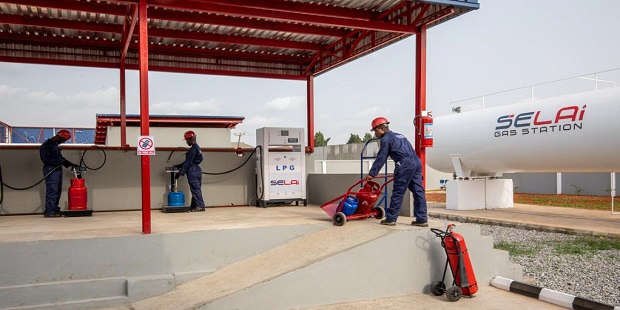 The Selai Gas Station is a response to Nigeria’s proclamation of “The Decade of Gas”, but its promoters have discovered, in the process of the $0.4Million initial investment, that they could do well by doing good for the community.

Located in Fagba, a highly populated, development-challenged neighbourhood in the north of Lagos, Selai starts off as a Liquefied Petroleum Gas (LPG) dispensing station aiming to grow to wholesale delivery, and cylinder manufacture further down the line. But the immediate reality is that it is staring at the desperate face of poverty in the suburb and hopes it can deliver part of the development needs of the community as it looks to earn income. 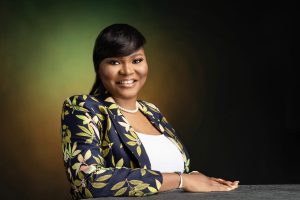 Damilola Owolabi: “We have a delivery programme for our cylinders where we want to “Uberize” it. So, we are not the one handling the delivery of the cylinders to your homes. What we’ve been able to do is bring together ‘Keke Marua’ (motorcycle taxis) within the neighborhood and registered them, trained them on how to run deliveries.

“Of all the places we found, this neighbourhood seems to just fit into the business idea because there are a lot of small “Bukkas”, or as you would like to call it “mama puts” (ramshackle food canteens) within the neighborhood and a lot of them are still using firewood and coal pot”, says Damilola Owolabi, Selai Gas’ CSR minded chief executive. “I was coming from that part of creating that awareness and when we spoke to a few of them and asked why they were still using firewood and coal pots, ‘don’t you know it is dangerous to your health,’ the response I got was that an LPG  cylinder is expensive how can they even afford it? But since we were looking at how to create an impact in this neighborhood, we came up with the idea of having a cylinder programme where those shops and those women that are selling by those joints can access to cylinders that affordable way”, Owolabi explains.

“What we plan to do after our launch is to be able to create a platform where we give you cylinders at an affordable rate and you spread the payment over a period of time. So yes, we are in business to make money but also, we want to create an impact in the community”.

Owolabi says her company has had to ingratiate itself with neighbourhod toughs, called ‘area boys,’ in Nigerian parlance and also had to deal extensively with the Landlord Association. “It was a lot of work and convincing sessions that we had to have with them, you know. Now we are very close because I started to see them as stakeholders”.

Apart from the cylinder programme for the canteens, and onboarding women into using gas to cook, Selai Gas wants to empower its teeming neighbourhood in several other ways. “We have a delivery programme for our cylinders where we want to “Uberize” it. So, we are not the one handling the delivery of the cylinders to your homes. What we’ve been able to do is bring together ‘Keke Marua’ (motorcycle taxis) within the neighborhood and registered them, trained them on how to run deliveries. We give you the platform and after you’ve gone through our training, we show you all the safety measures that you’re supposed to know and observe while delivering cylinders and products, then you’re registered with us. So once you have a Keke Marua, whenever there is a delivery to be done you’ll be contacted and you come pick up and a good number of them are excited. So beyond just the women and being transitioned into cleaning energy, also the men; we want to be able to engage them. We have a number of these Hausa guys that are already on this Keke Marua Scheme.”

The Fagba community has a large settlement of Nigerians from the far north of the country. In Lagos, (the country’s top commercial hub, located  in the southwest), people from the North are simply called Hausas, irrespective of where exactly they come in the north(Nigeria has a high diversity of tribes per square metre). “I told the engineer supervising our construction project to engage the Hausas and the Yorubas within this community”, explains Owolabi.

“So a huge number of them were engaged and every time when I drive in, I see quite a number of them and they’re very happy warming up to us. It always reminds me of how badly we want to make an impact, why we’re settled here and the long queue of plans that we have for the community and each of them we are trying to implement”.

Selai launches on Thursday April 7, 2022 with a 30 Tonne facility, but from its projections, it expects to do two trucks and that’s about 50 tonnes “because you can’t fill a 30 Tonne truck to 100% of its capacity. It has to be 80%. So, we’re looking at 25 Tonnes of gas per truck which makes it two trucks. Within our first month, our projection is to sell two trucks within a week. In the first month of opening, we are not going to be doing home deliveries; we want to use that time to focus on our walk-in-customers and the bulk buyers. Then by the time we begin to do home deliveries, we estimate to do three trucks within a week. That is, 75 Tonnes”. 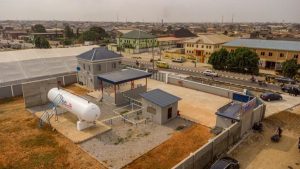 Owolabi, has been in oil and gas related business for close to 10 years. She is enormously excited by this phase in her career. “This is my first time of coming into the gas space; I’ve always been in the space for white product and offshore Logistics and Marine Logistics and so, coming into the gas space, we’re not playing small. We didn’t come in because we just want to be re-filing gas into cylinders, as we also want to do bigger things. We have it at the back of our mind where we’re able to get gas genset, where we are able to power some neighborhood, and even go into the Upstream side of gas. You know, where we’re selling gas for power and selling gas for other use. We’re not just going to be playing small where we will just be in the business of refilling cylinders. We also hope that by the time we own fleets of trucks, I mentioned to you earlier that we’re looking into having the cylinder production plant because there is a massive gap in that area because a lot of people can’t afford it because of the huge cost of acquiring a cylinder”.

Still, the take-off of this journey has to be right, she admits. “We’ve been doing quite a number of training actually in the last six weeks for our staff because we want to open well, we don’t want to open and we don’t want to open to the public and we’re having to deal with a lot of issues. So what we’ve been doing is training on safety and customer service just to help every staff of Selai Gas perform optimally when our gates are opened to customers. I also want to mention that we have the part for accessories, what we call Selai Accessories. We sell cylinders and cylinder accessories and you could also call for a technician to come check on your burners, or check on your cylinder back at home and technician will be sent to you. One of the midterm goals for Selai is to own our cylinders because we cannot thrive in this cylinder programme without owning our own cylinders. So, at the moment, we’re in partnership with a company here and we buy cylinders from them but eventually, our goal is to own our cylinders”.

A fuller version of this interview will be published later. The publication is sponsored by Dregwaters Nigeria Limited.