In Search of a Rainmaker: the case of Shell 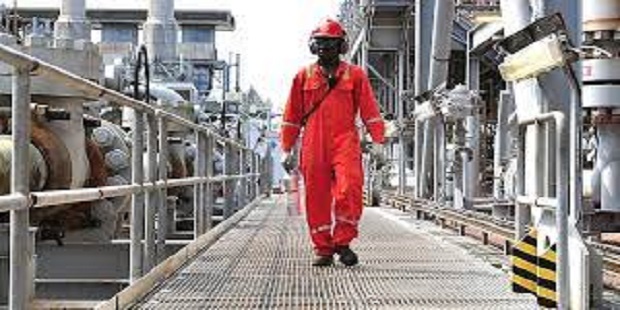 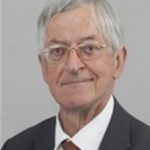 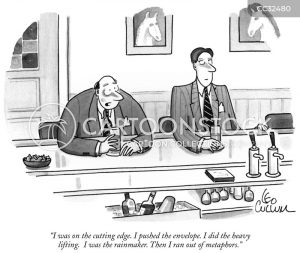 When Shell shareholders meet later this month they will be faced with awkward choices: a depreciating share price, a muddled energy transition plan, and an uninspired vision whether the company is an oil company or becoming an energy company.

The Shell share has no good news. Of the major oil companies—BP, Chevron, Eni, ExxonMobil, Equinor, Shell, Repsol, and TOTALEnergies—Shell has been one of the industry laggards between 2018 and 2022.

Annual capital expenditures in the near term, according to Shell, could be in the range of $21-23Billion. The company has stated that its renewables and energy solutions will be $2-3Billion compared with previous targets of $1-2Billion. This pales in comparison to the $3Billion earmarked for marketing, $4Billion in integrated gas, $4-5Billion in chemicals and products as well as $8Billion in upstream investments.

How will Shell reallocate its resources—both financial and technical—and maintain an image of being in control of its energy transition scenarios?

Upstream, with its huge exploration and development costs is perhaps Shell’s largest impediment to becoming a greener company.

While its competitors—BP and TOTALEnergies—are busy buying and creating gigawatts of new energy, Shell maintains that it wants to focus on the value it generates for shareholders across the entire value chain. While the company is eager to proclaim value generation there is little indication to shareholders what this means. For the period 2025-2030 Shell lumps together the capital budgets devoted to three categories:

Growth which entails renewables and marketing, will receive 30% of Shell’s capital budget;

Transition which entails Integrated gas and chemical & products will receive 30-35% of Shell’s capital outlay; and

Predicted IRRs (Internal Rates of Return) per category vary between 10-25%.[1]

Will this strategy placate shareholder unrest?

Shell has a target to become a net-zero-emissions energy business by 2050. The company plans to transform its refinery footprint to five core energy and chemical parks, reducing the production of traditional fuels by 55% by 2030.

Does Shell’s goal for its energy and chemical parks fit within the verdict brought down by the Dutch courts that ordered Shell to cut its CO2 emissions by 45% by 2030 compared to 2019 levels? Is Shell still in charge of its energy transition scenarios or is it desperately playing catch-up to ensure that its influence and strategy has an impact on the swiftly changing energy landscape?

In its Sky 1.5 Scenario, Shell anticipates a rapid and deep electrification of the global economy, with growth dominated by renewable resources. Global demand for coal and oil will peak in the 2020s and natural gas in the 2030s. In the sectors that are more difficult to electrify, liquid and gaseous fuels will be progressively decarbonized through biofuels and hydrogen.

Shell’s energy prognosis is certainly in line with other sources who are sounding the alarm about global warming and the need for rapid decarbonization. But how will this affect Shell? Is the company nimble and dextrous enough to ensure it will be a force for good in the next phase of the energy transition? The signs are not encouraging.

In 2020 the IEEFA (Institute for Energy Economics and Financial Analysis) evaluated Shell’s green progress. According to Clark Butler, the author of the report, Shell must shift at least $10Billion per annum or 50% of its total capital expenditures from oil and gas and invest it in renewable energy if they are to reduce their carbon intensity in line with their stated goals.[2]

According to Client Earth, Shell is still committed to exploring for new sources of oil and gas and does not have any plans to reduce the overall amount of oil and gas it produces by 2030, the date by which IPCC (Intergovernmental Panel on Climate Change) scenarios say emissions from oil, gas, and coal will need to have substantially reduced.

Client Earth maintains that “Shell mentions ‘­using lower-carbon energy products to reduce GHG emissions’, but the company’s plans include growing its fossil gas business by 20% in the coming years. Whilst the UK major believes its oil production peaked in 2019 and will decline slightly by 1-2% per year until 2030, the company wants to grow its fossil gas operations until this occupies over half of Shell’s energy business by 2030.”

“The Climate Action 100+ Net Zero Company Benchmark finds that Shell only meets some of the Benchmark’s targets criteria – the company does not have both an ambition to reach ‘net-zero’ and net zero-aligned short, medium and long-term GHG reduction targets, which cover all its relevant emissions.”[3]

Shell indicated that it will reduce its upstream division to nine core hubs—Permian, the Gulf of Mexico, United Kingdom, Kazakhstan, Nigeria, Oman, Malaysia, Brunei and Brazil– and it will do no frontier exploration after 2025. If the rush to the global exploration exit continues to pick up speed, Shell may well have to reconsider its upstream strategy, perhaps going so far as to spin off the upstream division as a separate entity or do a joint venture with other partners.

Shell’s integrated gas division could prove to be its star asset. For example, Wood Mackenzie’s AET-2 Scenario (Accelerated Energy Transition Scenario) predicts that in the following decades, market power will shift from OPEC to the giant gas producers, such as the USA, Russia, and Qatar.

According to AET-2, the “Era of carbon-neutral gas is born. AET-2 would require $300Billion to support Liquified Natural Gas growth globally and $700Billion to support dry gas development in North America.”  Given that Shell is the global leader of LNG (liquid natural gas) this is certainly a sweet sound for Shell’s LNG business.

Downstream could also prove to be a key energy transition asset. Shell’s REFHYNE Project, the Rhineland Refinery in Germany, could well become the precedent that the company needs to ensure it becomes the leading supplier of green hydrogen, where hydrogen production is powered by renewable energy for industrial and transport customers. Could the REFHYNE Project be duplicated many times over to ensure that green technology becomes a key ingredient in the energy transition?

A key remaining issue is how Shell can reallocate its resources—both financial and technical—and maintain an image of being in control of its energy transition scenarios. Upstream with its huge exploration and development costs is perhaps Shell’s largest impediment to becoming a greener company. Do not be surprised to see Shell’s upstream division find a new home, thus freeing up funding needed for Shell’s energy transition. Also expect Shell’s integrated gas and downstream and renewables divisions to get a serious makeover, vastly increasing their budgets to ensure market share and a green future.

Under pressure from its shareholders and public opinion, Shell may be forced to move its zero emissions deadline forward to 2030 instead of 2050. At the AGM( Annual General Meeting) scheduled later in May 2022, shareholder climate resolutions could provoke a backlash.  Dutch Shareholder Activist Mark van Baal’s Follow This campaign to support climate resolutions for the Paris-alignment could  well carry the day.

A final comment: Shell’s inability to convince shareholders of its added value is not so much a climate issue. Rather the inability of the board to proclaim a clear message—be that wanting to be an oil company or an energy company.

Gerard Kreeft, BA (Calvin University, Grand Rapids, USA) and MA (Carleton University, Ottawa, Canada), Energy Transition Adviser, was founder and owner of EnergyWise.  He has managed and implemented energy conferences, seminars and university master classes in Alaska, Angola, Brazil, Canada, India, Libya, Kazakhstan, Russia and throughout Europe.  Kreeft has Dutch and Canadian citizenship and resides in the Netherlands.  He writes on a regular basis for Africa Oil + Gas Report, and contributes to IEEFA(Institute for Energy Economics and Financial Analysis).