TOTALEnergies: The Day After the Night Before 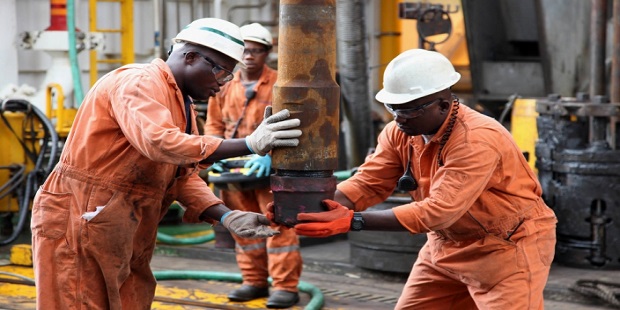 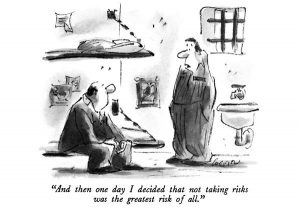 How is it possible that TOTALEnergies, which has explained to shareholders that it has shifted its strategy from being an oil company to becoming an energy company, has profited so little from this move?  In the four and half-year period January 5, 2018 to April  29, 2022, the share price has decreased 16%: from $58 to $49. Yet the TOTALEnergies strategy was, it seemed at the time, unique and compelling. Where did it go wrong? My argument for shareholders is simple: break up the company so that new energy and its deepwater-hydrocarbons units become independent entities ensuring more shareholder value.

In summer 2020, TOTALEnergies took the unusual step of writing off $7Billion in impairment charges for two oil sands projects in Canada. Both projects were listed as proven reserves. By declaring these proven reserves as null and void, with one swoop of a pen, TOTALEnergies cast aside the petroleum classification system, which was the gold standard for measuring oil company reserves.

TOTALEnergies’ strategy is based on the two energy scenarios developed by the International Energy Agency (IEA): the Stated Policies Scenario (SPS), which is geared for the short to medium term, and the Sustainable Development Scenario (SDS), which focuses on the medium long term.

Taking the “Well Below 2 Degrees Centigrade” SDS scenario on board, TOTALEnergies has, in essence, taken on a new classification system. By embracing this strategy, the company is the only major to have seen a direct benefit from using the Paris climate agreement to enhance its renewable energy base.

While it wrote off some weak assets, it also did something else: TOTALEnergies began to sketch a blueprint for how to transition an oil company into an energy company.

Patrick Pouyanné, TOTALEnergies’ chairman and CEO, now says that by 2030 the company “will grow by one third, roughly from 3Million BOEPD (Barrels of Oil Equivalent per Day) to 4Million BOEPD, half from LNG, half from electricity, mainly from renewables.”[1] This was the first time that any major energy company translated its renewable energy portfolio into barrels of oil equivalent. So, at the same time that the company has slashed proven oil and gas from its books, it has added renewable power as a new form of reserves.

Proven reserves long stood as the holy of holies for the oil industry’s finances—the key indicator of whether a company was prepared for the future. For decades, investors equated proven reserves with wealth and a harbinger of long-term profits.

But TOTALEnergies’ write-offs showed that even proven reserves are no sure thing and that adding reserves doesn’t necessarily mean adding value. The implications are devastating, upending the oil industry’s entire reserve classification system as well as decades of financial analysis.

How did TOTALEnergies reach the conclusion that reserves had no economic value? Simply put, reserves are only reserves if they’re profitable. The prices paid by customers must exceed the cost of production. TOTALEnergies’ financial team decided those resources could never be developed at a profit.

The company had not abandoned its oil and gas investments. However, its renewable investments were seen as additional ballast to the company’s balance sheet, keeping it afloat as it carefully chooses investments, including oil and gas projects, with a high economic return.

While the strategy may have been sound, the implementation has been found wanting. The dual strategy of being an oil company together with being an energy company has found little acceptance by the investor community. The straddling of both hydrocarbons and low carbon solutions has cast a shadow over the TOTALEnergies strategy.

Whether a company is an oil company or an energy company seems to matter little to investors. Instead, they demand clarity. That is why Chevron, which is on track to make 2022 the 35th consecutive year with an increase in annual dividend payout per share, has maintained its value. And why Equinor’s message of spending more than one-half of its capital spending on low carbon energy by 2030 is a leader in offshore wind technology, which has caught the fancy of its investor community.

Of the oil majors—BP, Chevron, ENI, ExxonMobil, Equinor, Shell, Repsol,  and TOTALEnergies—TOTALEnergies, has been one of the industry laggards between 2018 and 2022.

A key to TOTALEnergies’ success is its ability to step into projects at an early stage, some examples:

TOTALEnergies’ new energy strategy is also heavily dependent on a number of subsidiary companies in which the company has invested. These include:

TotalEren: an IPP(Independent Power Producer) developer involved in all phases of project development and implementation with a generating capacity of 5 GW.  According to Africa Oil + Gas Report, the company could become a candidate for a top-ten list of Africa’s leading  renewable developers.

Saft: a leading battery producer, whose lithium-ion batteries can store large amounts of electricity in a small amount of space.

Yet the various asset groups have failed to attract investor confidence. Why? Simply because they have created a diffused and splintered view of what TOTALEnergies is offering shareholders.

There is further evidence to illustrate that renewables  are only a second-tier after-thought.TOTALEnergies’ capital expenditures for the period 2022-2025 is anticipated to be between $13Billion-$16Billion per year: 50%  ($6.5Billion-$8Billion) on hydrocarbons and only 25% ($3.25Billion-$4Billion) on renewables[2]. This is in sharp contrast to Equinor. Equinor expects gross investments in renewables of approximately $23Billion from 2021 to 2026, and to increase the share of gross capex for renewables and low carbon solutions from around 4% in 2020 to more than 50%  by 2030.

Much of TOTALEnergies’ hydrocarbon budget will be devoted to Africa in which  low-cost, high-value projects are the goal. The plan is to squeeze more value out of  various African assets to ensure a prolonged life cycle.

In Angola the company produces more than 200,000BOEPD from its Block 17 and Block 32, and non-operated assets including AngolaLNG.

In Namibia TOTALEnergies has made a significant discovery of light oil with associated gas on the Venus prospect, located in block 2913B in the Orange Basin, offshore southern Namibia.

In South Africa the company is focused on its two South African assets: Brulpadda (drilled to a final depth of more than 3,600metres) and Luiperd, the second discovery in the Paddavissie Fairway in the southwest of the block.

Consider the competition that TOTALEnergies is facing. The  new energy companies—ENGIE, Enel, E-on, Iberdrola, Ørsted, RWE, and Vattenfall—have pole position in determining the direction of the global renewables market.

On a similar note, there is good news and bad news for Europe’s new energy companies. Engie, the large French energy giant, has seen its share price  decrease by 20%. Enel, the Italian power company, has seen its share price increase 20%. Iberdrola, the Spanish power company, has had an increase of 71%. The two big winners are Ørsted, the Danish power company which has seen its stock soar by 131% and RWE, the German utility giant, has seen a stock price increase of 121%. Ørsted’s constant low carbon energy news has resonated with investors. Again, like the oil majors, the messaging is key.

How long will the TOTALEnergies’shareholders tolerate a share price that is going no-where quickly? Is it not time that the company be split up so that new energy can be consolidated into a company which can compete with other new energy companies who have a clear mandate? The same can be said about TOTALEnergies’ deepwater hydrocarbon division. No doubt the company’s deepwater knowledge and pioneering spirit has made it an industry leader which could create more shareholder value in a new entity.

For example, Charles Donovan, then director of the Centre for Climate Finance and Investment at Imperial College and lead author of a recent (May 2020) study released by Imperial College and the IEA (International Energy Agency), found that renewable energy investments are delivering massively better returns than fossil fuels. The study analyzed stock market data to determine the rate of return on energy investments over a five-and ten-year period.

Green energy stocks were also less volatile across the board than fossil fuels, with such portfolios holding up well during the turmoil caused by the pandemic, while the oil and gas sector collapsed. In the US, which provided the largest data set, the average market cap in the green energy portfolio analyzed came to less than a quarter of the average market cap for the fossil fuel portfolio—$9.89Billion for hydrocarbons versus $2.42Billion for renewables.

There is no straight forward answer how soon TOTALEnergies and the other oil majors and new energy companies will start a new round of mergers, joint ventures and consolidation. The energy transition has its own speed and takes no prisoners. But this we do know: 2022 started with an energy crisis involving Russia and the Ukraine, and the last apple has not fallen from the TOTALEnergies’ tree.

Gerard Kreeft, BA (Calvin University, Grand Rapids, USA) and MA (Carleton University, Ottawa, Canada), Energy Transition Adviser, was founder and owner of EnergyWise.  He has managed and implemented energy conferences, seminars and university master classes in Alaska, Angola, Brazil, Canada, India, Libya, Kazakhstan, Russia and throughout Europe.  Kreeft has Dutch and Canadian citizenship and resides in the Netherlands.  He writes on a regular basis for Africa Oil + Gas Report, and contributes to IEEFA(Institute for Energy Economics and Financial Analysis).